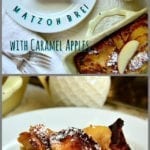 Overnight Matzo Brei is my new best friend. She reminds me a bit of a Dutch Pancake with sauteed apples. But then again she is a bit like bread pudding, except she’s made with matzo. And the best part is I make this caramel apple matzo brei the night before I want to serve her! 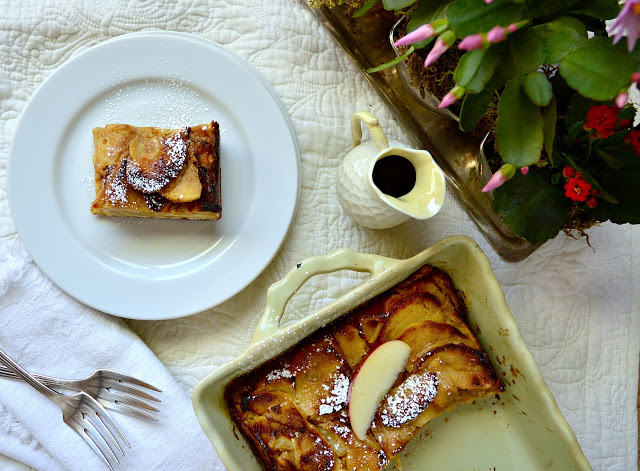 It isn’t Passover unless one makes matzo brei. In my case I make overnight matzo brei!

It isn’t a Passover unless one argues on what kind of matzo brie to make. Sweet or savory matzo brei? Crispy or soft?

So what the heck is matzo brei?

So many questions… Matzo Brei is a dish of Eastern European origin. Basically it is scrambled eggs with matzo that have been softened in water or milk. Break up the softened matzo, mix it with beaten eggs, and fry in butter, oil or schmaltz. That’s it in a nutshell, however there are so many variations. I’ve soaked my matzo in milk or water, sweetened the eggs with sugar or even sauteed some onions, thrown in lox or mushrooms or even green chiles and that just gives you an idea about how many ways you can go with this. A very uncomplicated dish it is not unlike Mexican migas which is primarily crispy tortilla chips with scrambled eggs.

Many folks swoon for matzo brei. I am not one of them. Don’t get me wrong. I like matzo brei. I like the jam and/or the sugar that I sprinkle on top. Matzo brei is good comfort food but I can make it anytime of the year, so I’m not sure why some think it only exists at Passover. To be sure it is the perfect way to dispose of all the matzo that doesn’t get eaten…so on the last day of Passover it is great to have a brunch and use up the remaining matzo for matzo brei. But shoot…the stuff keeps like FOREVER! (And for the record it is pronounced bry with the y being a long i!) 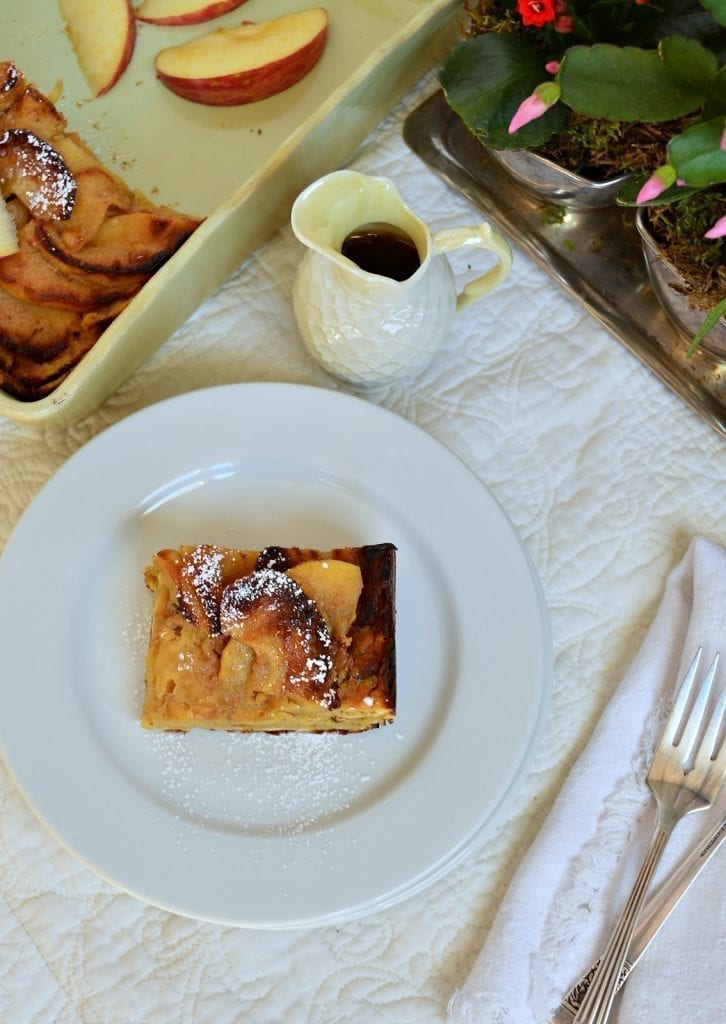 This year I decided to try an overnight matzo brei recipe and this…this I could become very good friends with.  Not unlike an apple pancake except in place of the pancake, there is matzo. It is not unlike a bread pudding except there is matzo in place of bread. Perhaps it is the sauteed apples with maple syrup that I love, or the fact that it’s made ahead and saturated in eggs, vanilla and cream overnight. Perhaps it is the sweet cinnamon smell that emanates from the oven while it’s baking. Perhaps it’s the extra syrup I pour over or the brown sugar sweetened sour cream, that is a great addition. Whatever the case, this matzo brei is one I can now swoon over each year. 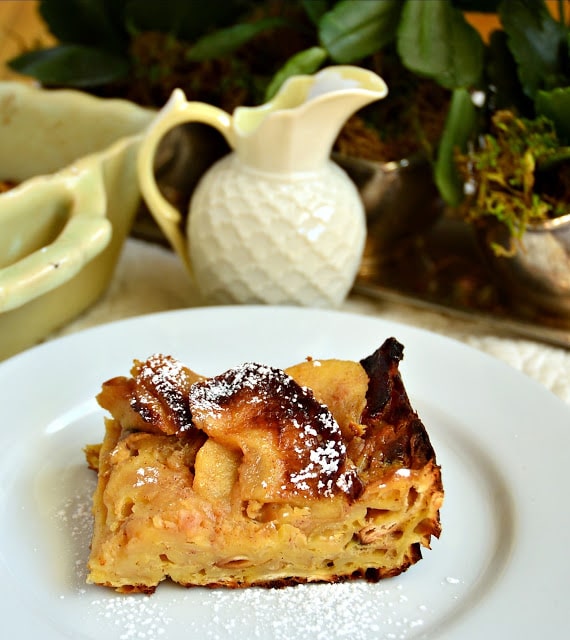 A Few Other Matzo Recipes: 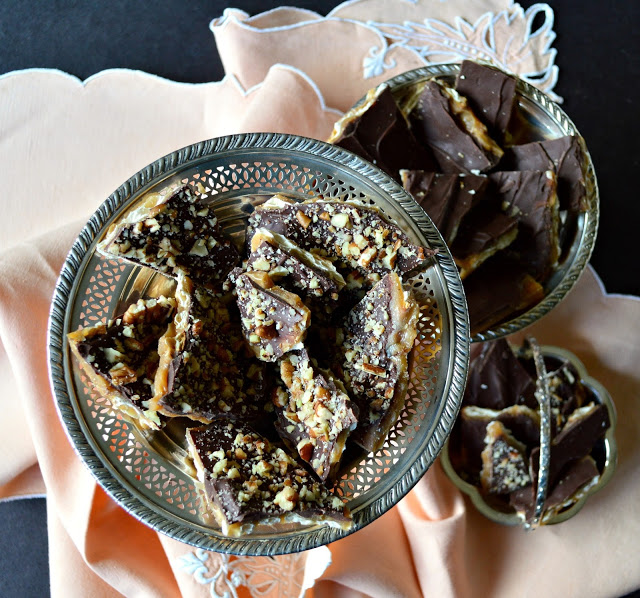 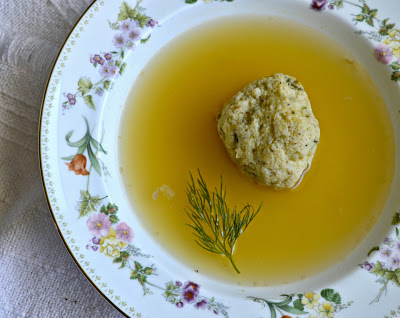 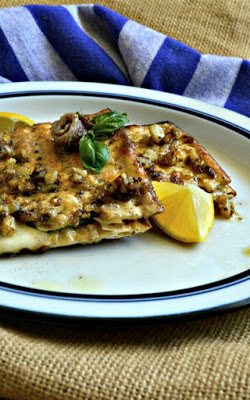 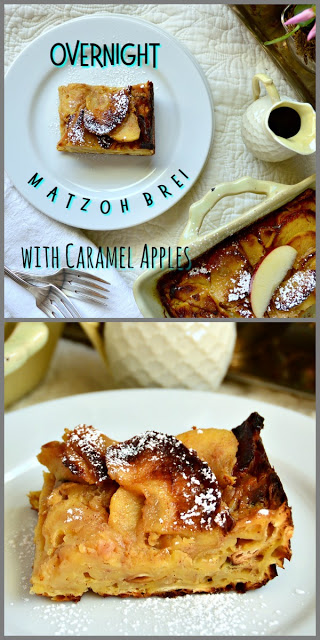 This caramel and cinnamon apple matzoh brei is perfect for dessert or brunch! It might even be called a Passover bread pudding. Whatever you call it…I just call it good!

I didn't know that making such a delicious recipe with caramelized apples can be this easy. This is a unique idea of using matzoh. I will surely be giving it a try. But, I am planning to add loads of pecans and raisins in this recipe.

Looks delicious ! I love all with apples !!

I’v never heard of matzo brei but it looks delicious, home cooking at its best.