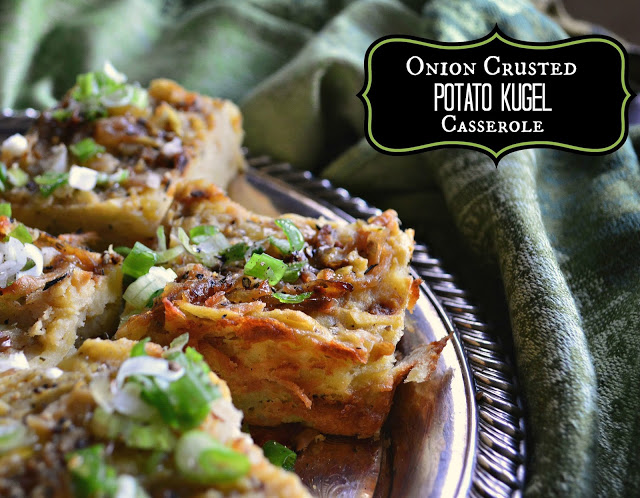 September may mean fall leaves and back to school for many, but for me it also means a New Year. The Jewish New Year falls in September and since we follow a lunar calendar, that means this year, Rosh Hashonah begins on the evening of September 13th, which means I better start getting ready. There really isn’t much to do since family is elsewhere, but I do like to  have a holiday meal before going to temple.

The day of Rosh Hashonah, for those of us that are lucky enough, is spent in the mountains at 10,000 feet celebrating the New Year. Our temple has a camp that is located in the most gorgeous spot high in the Rockies, where every year I feel privileged to look over the horizon and see the aspens turning golden, as I sit and pray in front of the rushing stream. Not every one has the chance to go because there is only room for about 100 people. We always send in our reservation the minute it is announced because scoring a seat is first come, first served! It is glorious praying in our jeans and in most cases the weather is glorious, too. That is not to say that every year is perfect. Some years it has snowed or rained and sitting in a cabin decorated with kid’s murals is our only option.

But what do we eat on this holiday? I mean really. Let’s cut to the chase! The holiday 10 days after Rosh Hashonah is Yom Kippur. That is a very serious holiday where we atone and have to fast for 24 hours. After that typically a dairy meal is served, much like a breakfast, except for dinner. We all know about brinner right? But Rosh Hashonah is easy. And sweet. And I do not say that jokingly. We are always praying for a sweet new year, so honey plays a big part in many of our recipes. 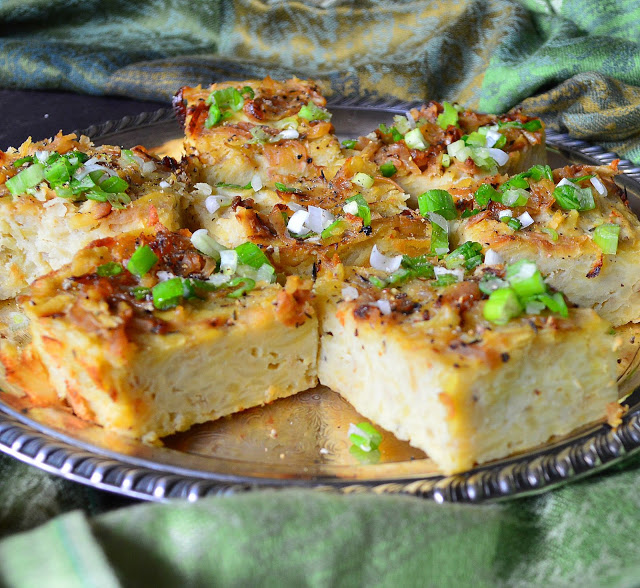 Serving apples (because of the season) with honey, and saying a prayer thanking God for allowing us to reach this season, is a commandment for us. It is not taken lightly and always causes me to stop and look around and feel grateful for my family and the world around me. So yes, apple dishes are important, too. Other than that, traditional Jewish foods are in order.

Last April for Passover, I made a new twist on potato kugel. Now I’m going to tell you flat out that potato kugel should be in everyone’s repertoire. We are basically talking about potatoes, eggs and onion. Nothing wrong with those ingredients. I have written about another potato kugel recipe that is quite uncommon, which was Ilse’s recipe. It is very unique and tastes like a potato custard with a crisp golden crunchy crust. Thanks be to God.

No, this potato kugel is different than that. It is still potatoey and has a golden crust, but it isn’t as thick as Ilse’s. It is basically a casserole and serves a lot of people. You can take this girl places, know what I mean? A traditional kugel consists of grated  raw potatoes, mixed with eggs and grated onions. Season it. Throw it in a 13 by 9 pan and bake until  done. Nothing wrong with that. That is the simple version and it can also be baked in muffin cups for individual servings. Often though I have  looked for a bit lighter, more flavorful version, and I think I’ve found it with this recipe.

If you have ever had a knish, well, this new kugel kind of tastes like a knish in a dish, minus the  pastry crust. I love it fresh, not reheated, but that is up to you.This is a lighter kugel because you are mixing mashed potatoes with the raw potatoes and then adding cooked onions. I know it is a bit more of a potchke (making more of a fuss) but if you have the time, it is worth it. Even if you aren’t looking for a Jewish recipe, this would suit any holiday buffet. Serve it with a roast or ham and most folks would think you were really going gourmet, when the truth is that this is pretty much a staple in most Jewish homes every Friday night. It really is just a casserole, according to Wikipedia, and since most of you know what that is, I’m going to call this a potato kugel casserole.  After all, who knows what a kugel is? Except for maybe 1% of us! 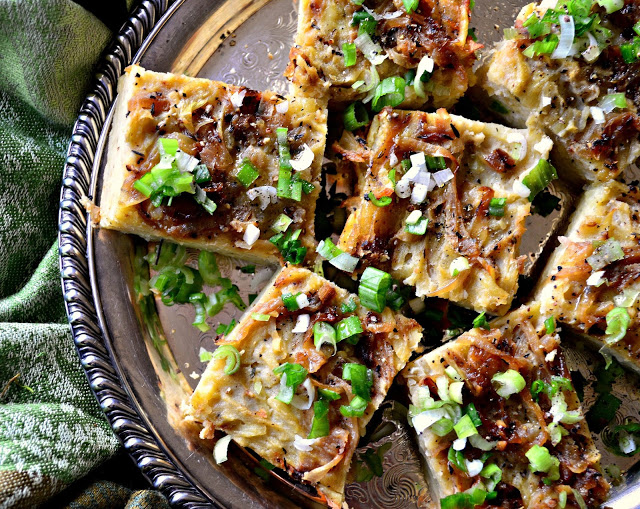 Directions:
Separate the onions into rings. To extract moisture, toss in a large bowl with 2 t salt and set aside for about 20 minutes. Stir from time to time. Dry the rings between paper towels, pressing down to soak up as much moisture as possible.

In a large skillet, heat 3 T oil over medium high heat. Add the onions and garlic and cook while stirring with a spatula as they soften and become golden brown, about 15-20 minutes. Season with lots of salt and pepper. Set aside to cool. No eating!

Cut 2 or 3 of the potatoes into chunks and place in a pot of salted water. Bring to a boil and simmer until potatoes are tender. Mash them with your preferred method and place in a large bowl. Stir in about 1/2 of the fried onions, setting the rest aside.

Preheat oven to 400. Grate the remaining potatoes in your food processor or over the holes of a large grater. Place the shredded potatoes in a colander and rinse well under cold water, to remove the starch. Squeeze out as much liquid as possible then add to the mashed potatoes. Beat the eggs until thick and light and whisk in the baking powder. Add to the potatoes and make sure this is seasoned well with salt and pepper.

Pour 3 T of oil into a 13 x 9 pan, preferably metal or cast iron. Rub the oil around the bottom and sides and place in the oven until sizzling hot, about 5-10 minutes. Do not let this get to smoking. Transfer potato mixture to pan and spread with a spatula, Top with remaining onions. Sprinkle with the herb of your choice. Drizzle with a little extra oil and a bit more salt and pepper.

Bake for 30 minutes on the top rack of your oven. Then turn down oven to 350 and continue baking for 25-40 minutes or until kugel is firm, the top is golden and the onions are crisp. Let kugel cool until set. This can be reheated, but I prefer it fresh. 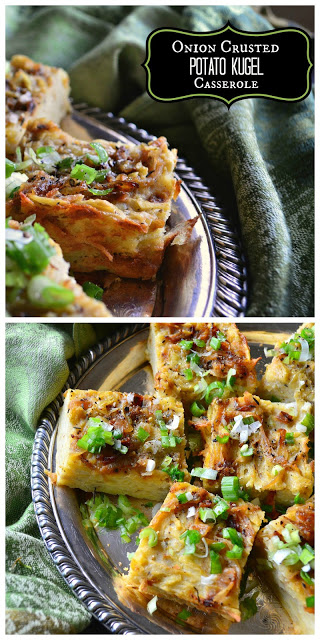 This looks delicious! Hope you have a wonderful holiday in the mountains, Abbe!

Did my comment go through? I got a funny character with a frown :)

Well, this one did Maureen. And no frown!

I love discovering new cuisines!! Ooh, thank you for sharing this. And happy Jewish New Year to you! N x

Thanks Nagi! It is funny how that I've never thought of Jewish food as a cuisine! Just comfort food to me!

Happy Jewish New Year, Abbe! It must be wonderful to spend this Holiday at the temple you described, in such a gorgeous surrounding.The potatoe kugel looks so good, perfect for a special celebration.

It is wonderful and it should be gorgeous this year. My guess is that the aspen will be in full fall regalia! Thanks, Daniela!

I've never heard of that dish, but without the onions crusting the top (I um gently putting my big toe into liking them!) this looks delicious. I actually stopped by to see if you had an Octoberfest recipes - my boss is hosting again in late October/early November and needs my help menu planning.

I've never done Oktoberfest. Now you have me thinking!