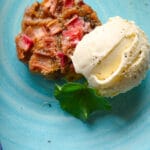 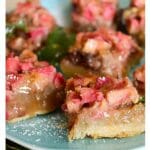 Rhubarb cookies, in bar form, are jammy and luscious and quite sophisticated with a touch of black pepper, which you could leave out. But you shouldn’t! 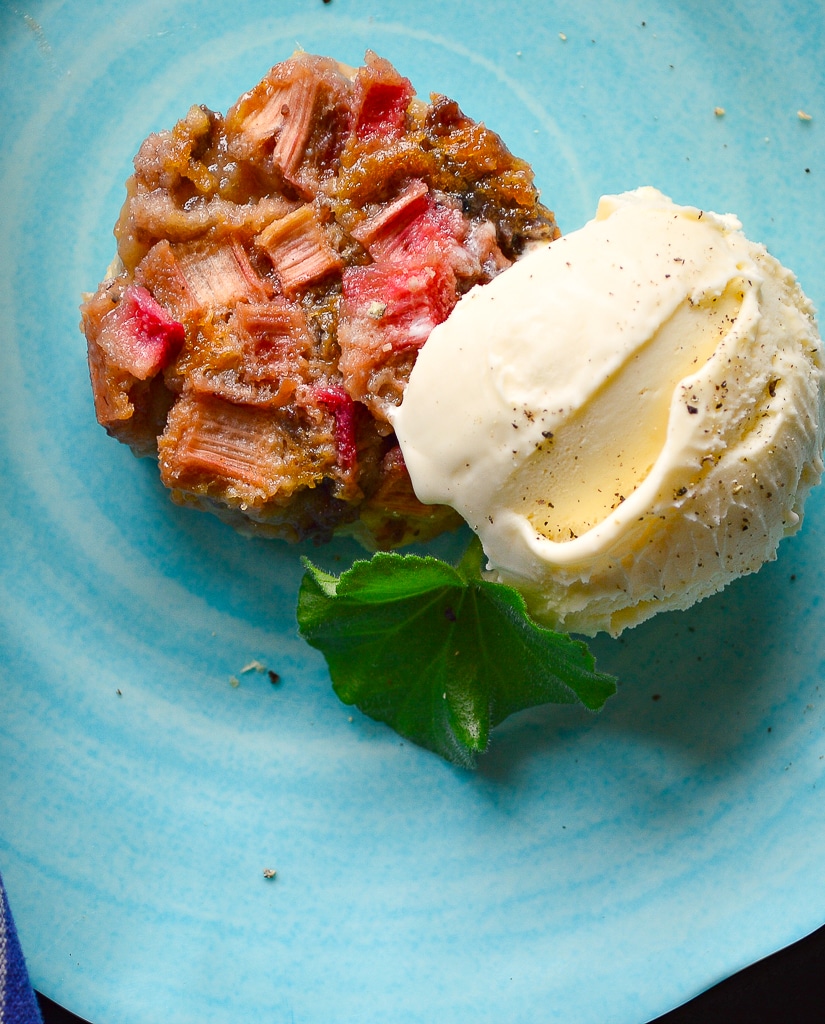 Rhubarb cookie bars were new to me, because 5 years ago was the first time I tasted rhubarb!

Besides stealing the neighbor’s peonies, my mother also stole the rhubarb. Yes, my mother is a thief of things, in the shade of pink.

I can remember her going through the bushes, scissors in hand and cutting from each plant so the theft didn’t look obvious.

Why my mother never asked Frances if she could have some is beyond me. I am sure she wouldn’t have minded. After all, she did let us play Cowboys and Indians in her yard. 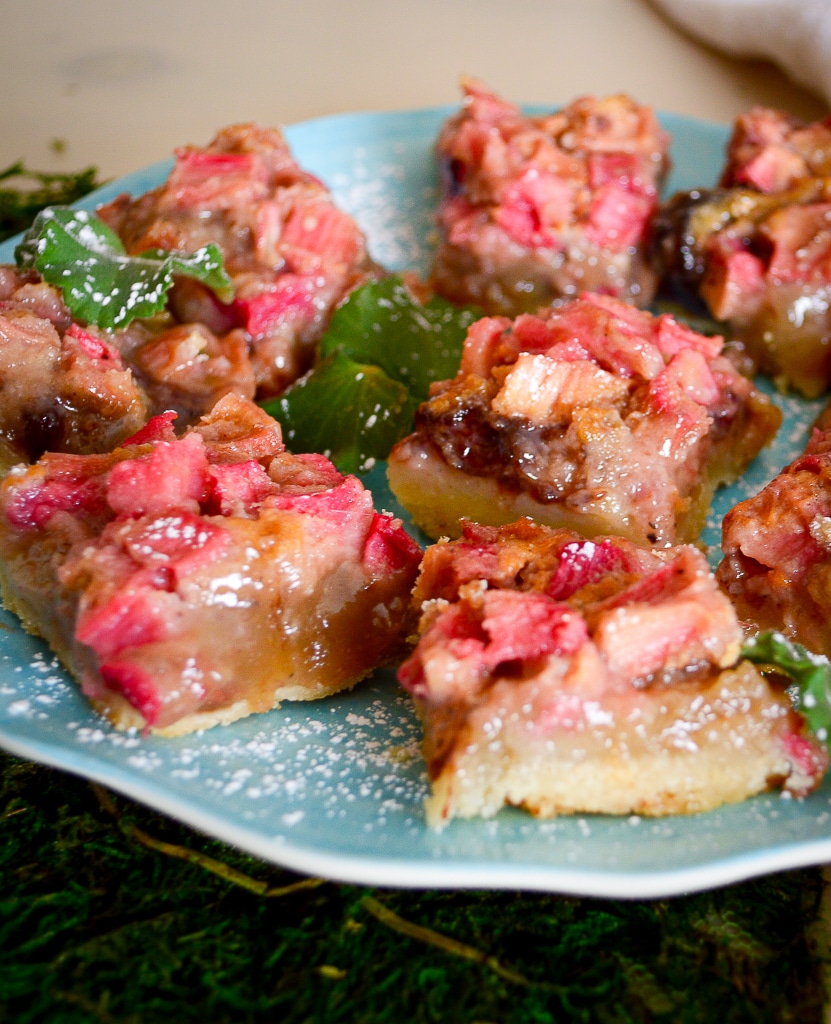 Perhaps that’s why rhubarb always seemed so mysterious.  Mom never served it to us and if I recall she only made stewed rhubarb, which wasn’t particularly appealing to me.

It wasn’t until last year that I had my first taste of rhubarb. Someone brought me a rhubarb crumble that was particularly delicious. And pretty. And we all know everything is pretty in pink.

My first official taste found me wondering why I had waited so long. The slightly sour fruit left a tang in my mouth that found me wanting more.

So this year when rhubarb became available I was ready. I used rhubarb in my tzimmes which is a Jewish dish traditionally made of prunes, carrots and sweet potatoes. It may or may not have meat.

I threw in some rhubarb and thought it was pretty good, though the queen mother prefers the classic. Yes, it was also the first time I made tzimmes, as I never liked that as a kid either! 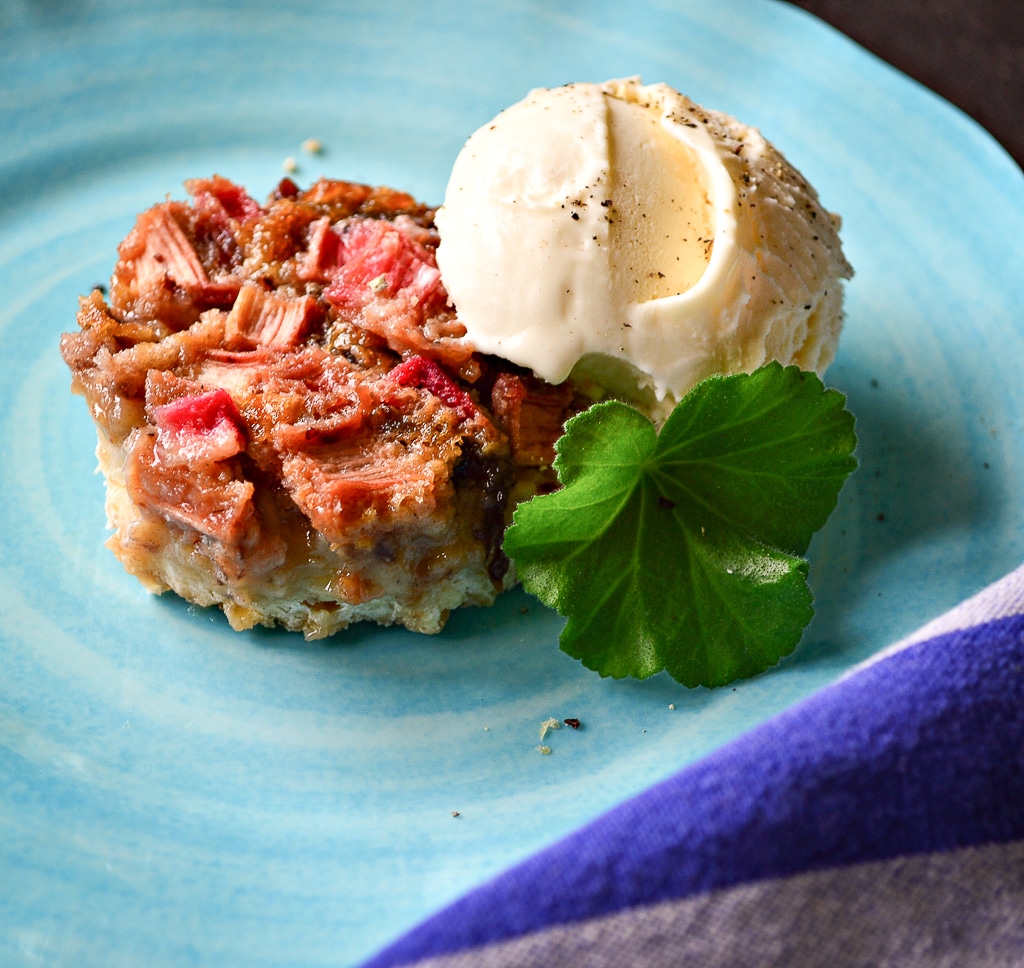 I actually planted rhubarb two years ago and soon I will be having my first harvest.

This week I plan on baking a strawberry rhubarb pie so stay tuned for that recipe!

Must admit that I love these rhubarb cookie bars. But you do know I’m partial to anything with the name cookie in it.

Beginning with a shortbread crust, a rhubarb black pepper topping is then  poured over the crust.

Why black pepper? I found that black pepper and strawberries have a real affinity to each other. As does rhubarb and vanilla. 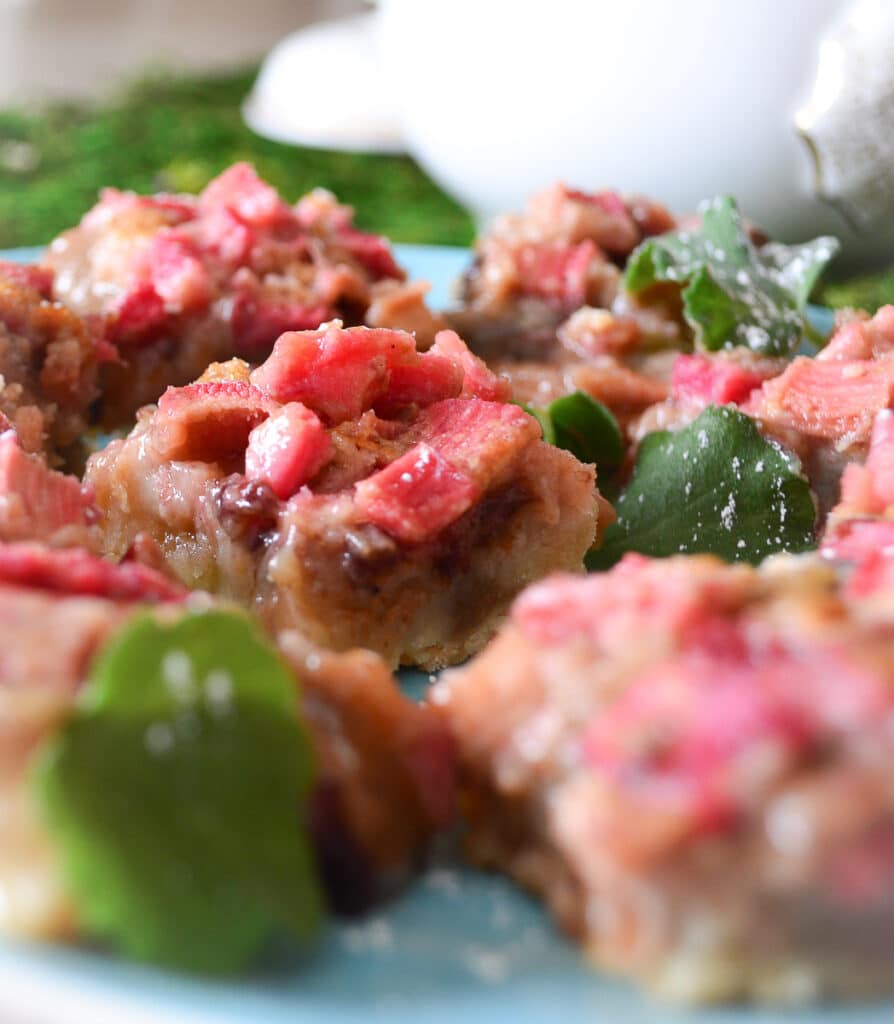 I was amazed that after baking, the rhubarb kept its pretty pink color.

However I did read that some rhubarbs are not as pink as others and that it makes no difference in taste.

Needless to say, these bars are luscious, easy to make, and quickly disappear.  Though these are bars, they are sticky; so I suggest eating them with a fork.

Serving them as dessert with a scoop of ice cream is a real crowd pleaser, too.

Grab some rhubarb. Don’t hesitate. The world of rhubarb awaits! 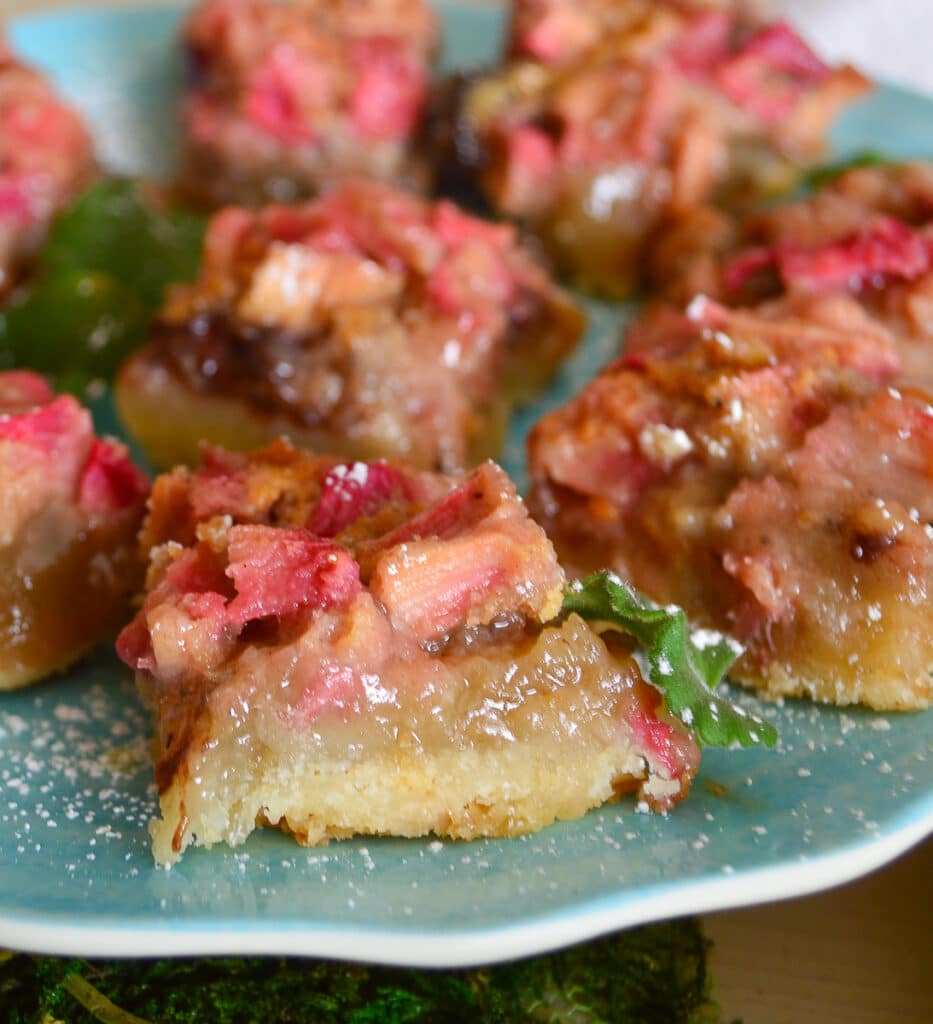 Last weekend found me in Chicago for another family occasion. I haven’t seen this much family in years! There was not a spare moment to be had and I came home exhausted and playing catch up.

It wasn’t until Sunday afternoon that Zoe and I finally made it into the city. We set off on Michigan Avenue, took a few quick pics at Millenium Park, 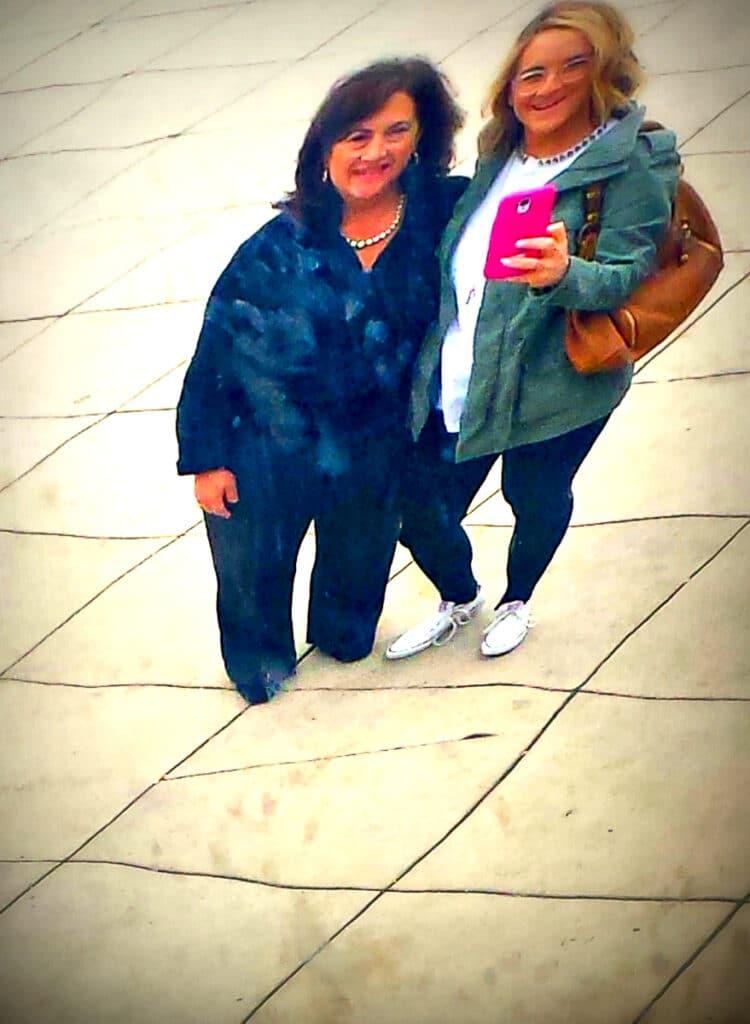 grabbed some Garret’s caramel corn and headed to Eataly.

We perused the offerings and dreamily wished there was one located in each of our home towns.

Monday morning found us at Little Goat and wishing we had room for one of everything.

I had the “One Little Piggy went to China” which was a biscuit topped with Asian chorizo, a fried egg and a green onion sauce with blackberries on top. Heaven on a biscuit. Maybe that would bring Manboy home. 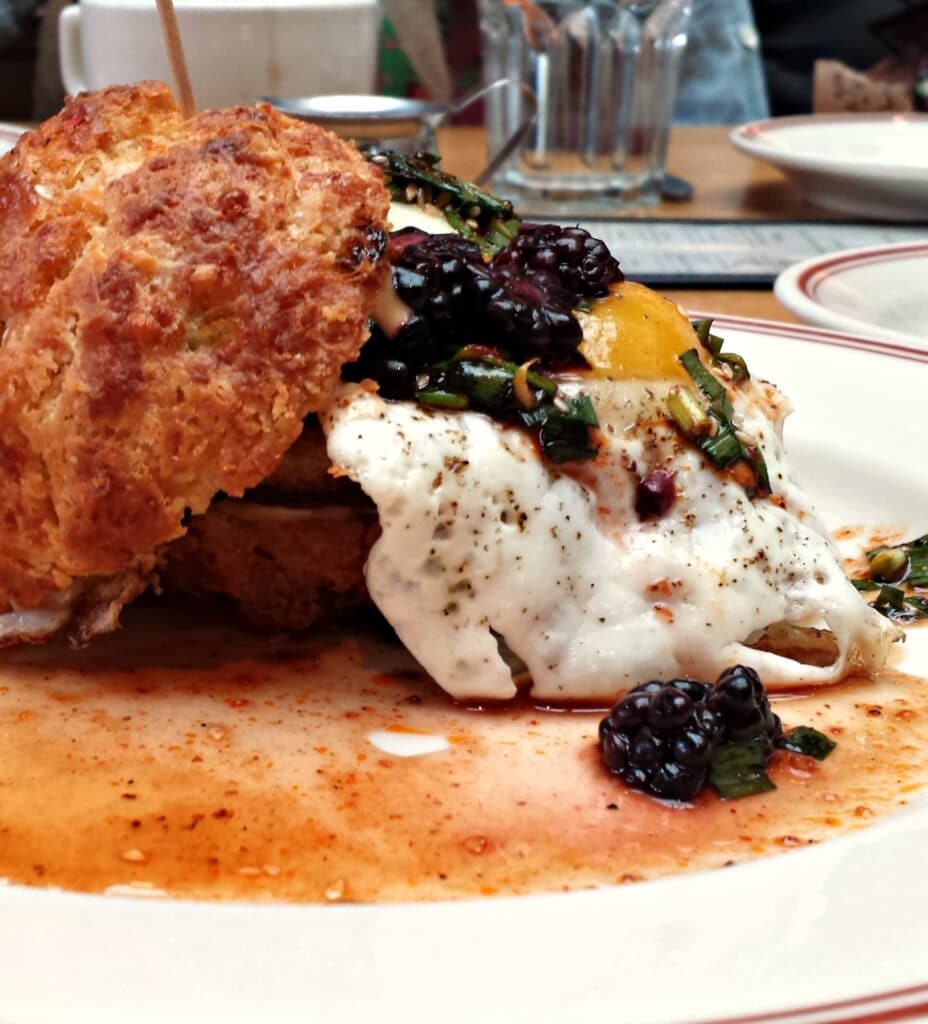 It was then off to the Art Institute,

a quick lunch at the University Club, (What a view) 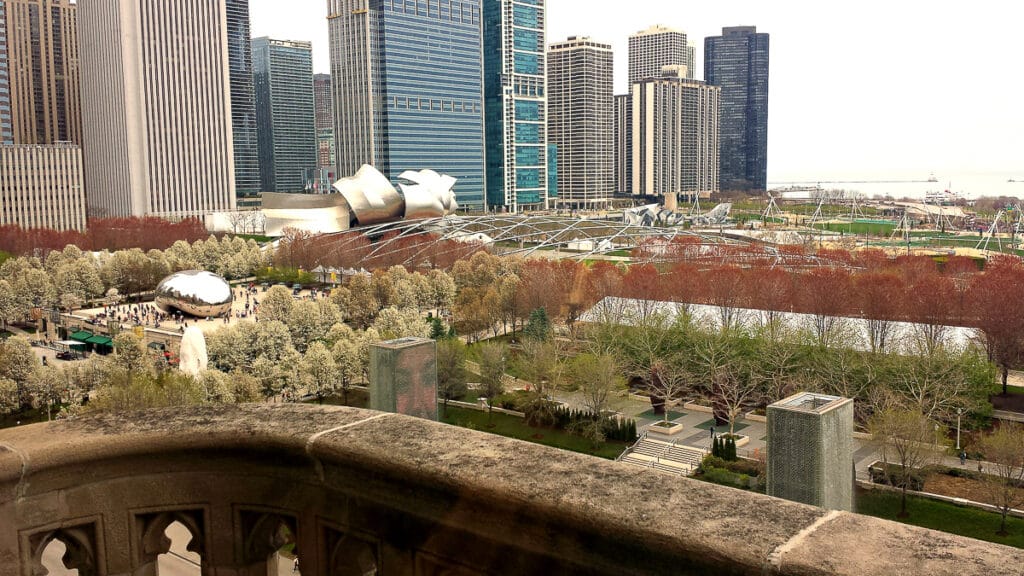 and then because Zoe can not be held back, a trip up State Street to grab a donut ice cream sandwich at Fire Cakes before we caught a cab to Midway.

I love the Windy City and it was true to its name. Chicago always reminds me of happy things, because as a child we often went there for special occasions. I  hope it won’t be too long before I can visit again.

Now it’s a memory for the record books and so are these rhubarb cookie bars. But at least those I will be making again and again.

A Few More to Try: 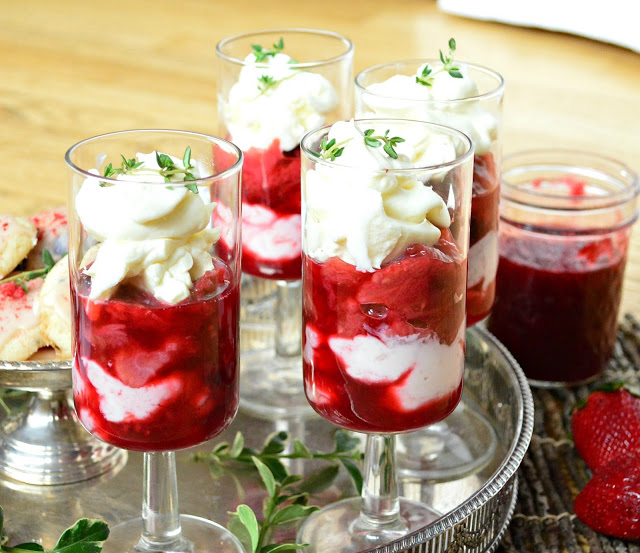 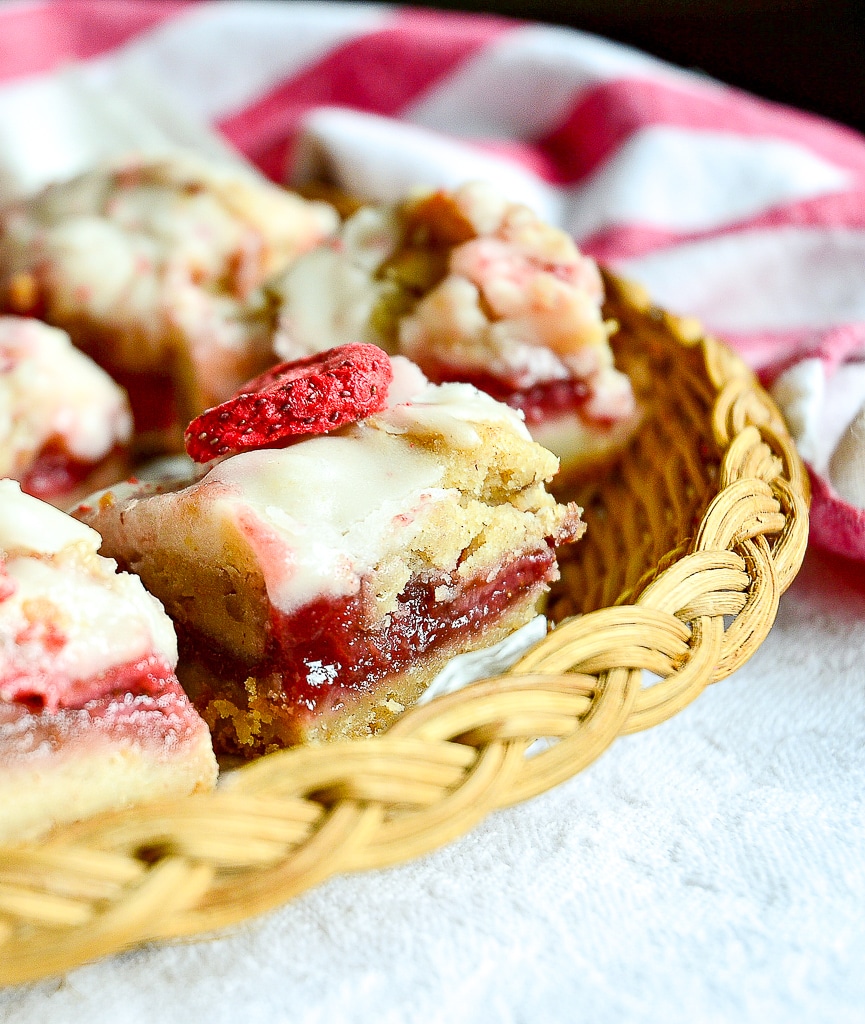 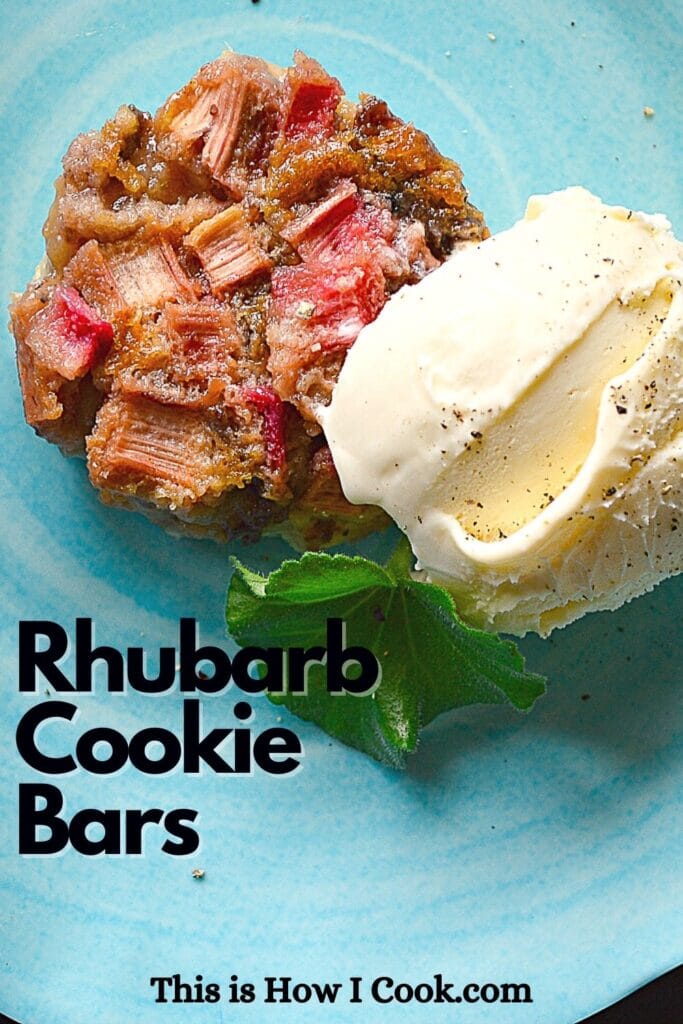 These rhubarb cookie bars with a shortbread crust are so jammy and good. With a touch of black pepper they become sublime!

Grease a 13 x 9 pan and pat mixture into pan. Put into oven and bake for 10 minutes. Remove.

In a large mixing cup beat eggs with jam. Stir into flour mixture and mix well.

Return to oven and bake for 55 minutes. Let cool. Serve with ice cream or not. Store in refrigerator.

rhubarb was very popular when we were kids. everyone's granddad grew it in the backyard! it is very zingy isn't it?

Now that is one interesting combination rhubarb and black pepper. Can see this totally working as you have the sweet, sour, spicy all going on together. Wish we could grow anything but we have too many deer and they eat everything, except the weeds!!! LOL

Rhubarb is good stuff! I like it in savory dishes, but mainly in sweet ones. So this is perfect for me! Thanks.

Just sorry it took me so long to figure this out!

I need to find rhubarb -- maybe I'll steal some from your yard just like your mom used to do with a neighbor! : ) Your dessert looks wonderful!

Amazing bars Abbe! Chicago is a beautiful city. beautiful photos as well ! have a great weekend !