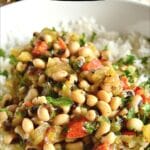 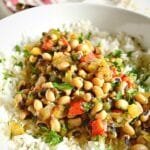 “These black eyes peas were a comforting surprise.  Containing 11 grams of protein and 5 grams of fiber per serving, Hoppin’ John is a healthy way to start the new year!  Served with rice, these black eyed peas are a perfect one dish meal!” 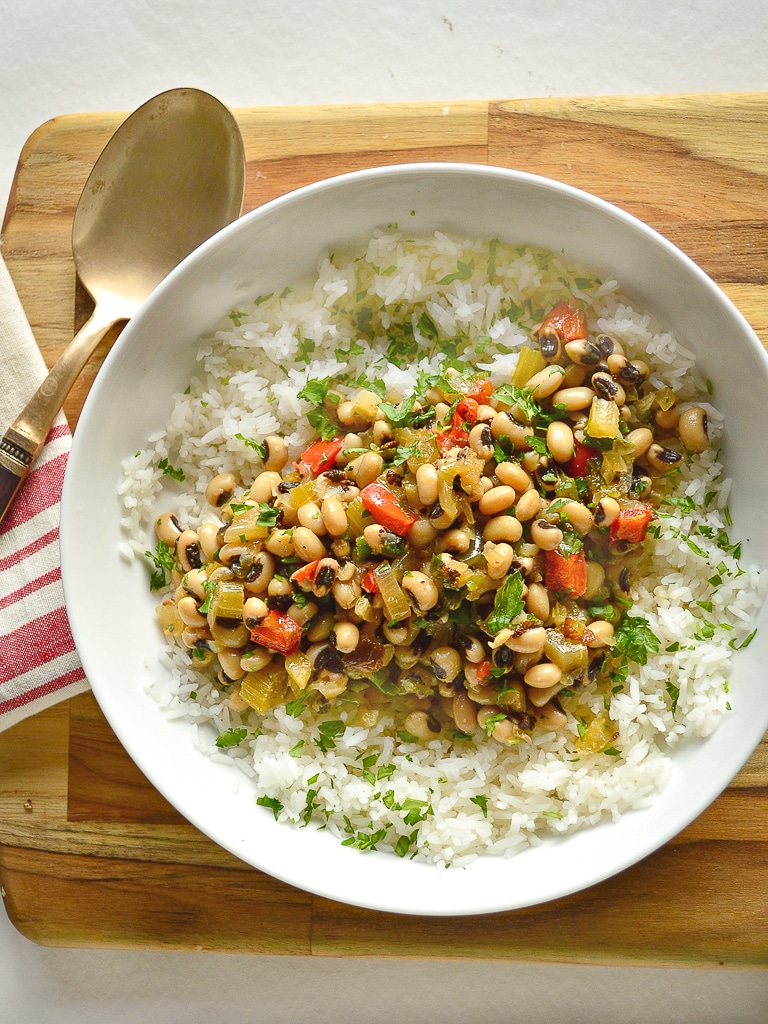 Many years ago when I first married Manservant he told me that his mama  always served Hoppin’ John black eyed peas on New Year’s Day.

Now I am a person of tradition and I intended to keep this tradition…until I tried those little black eyed peas. I’m not sure if I purchased them from a can or if I bought them at deli counter, but what I am sure of is that I didn’t like them. Not one little bit.

His Mama also used to make red beans and rice and I liked those, so that tradition continues! But today I’m talking peas.

Black eyed peas. They are supposed to be lucky and that is why they are served on new year’s day. 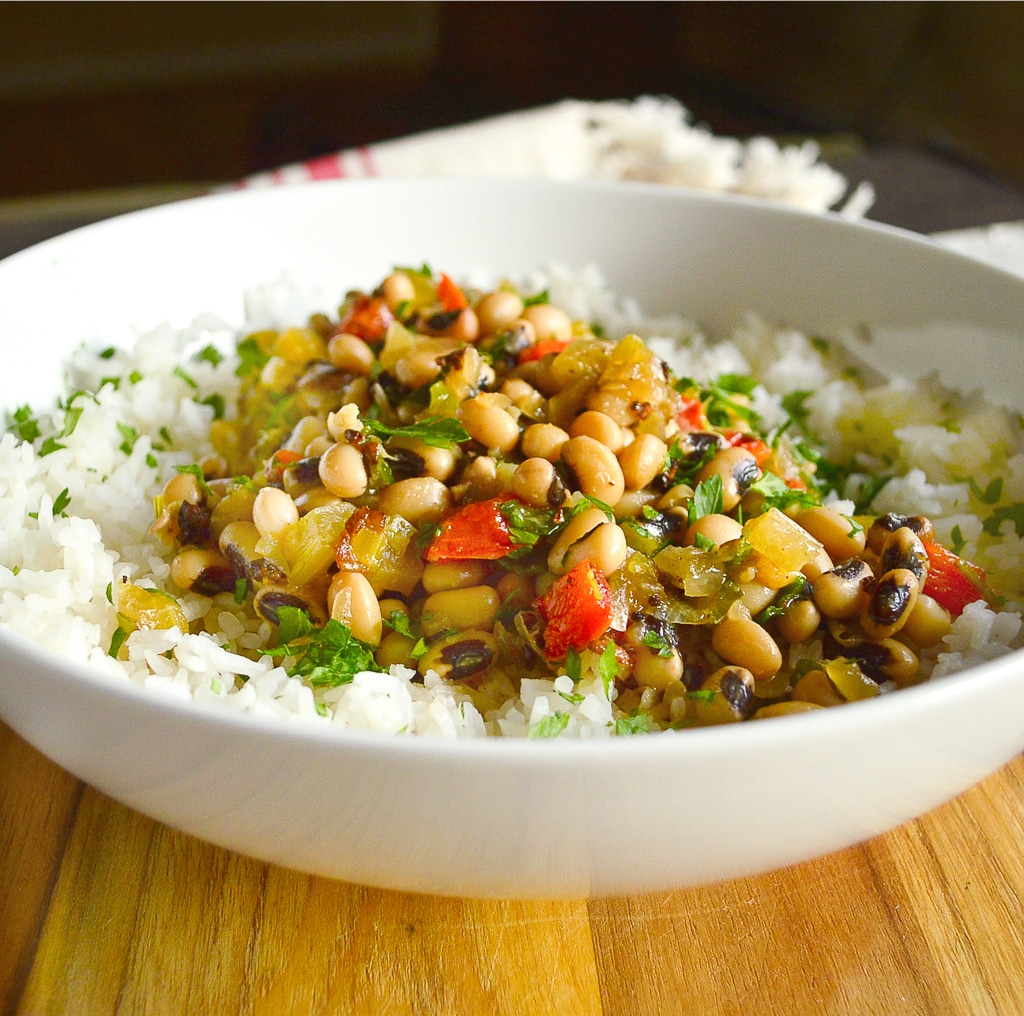 A southern tradition with a long history, you can read more about it here if you’d like.

Well, I don’t know about you but luck and I don’t always go hand in hand, which is why if someone tells me that something is lucky I’m not one to turn up my nose at the offered suggestion. I’m no fool.

So what is it that makes these cute little black eyed peas so lucky? Well, about all I could find was that black eyed peas are said to resemble coins and we all need those, don’t we? 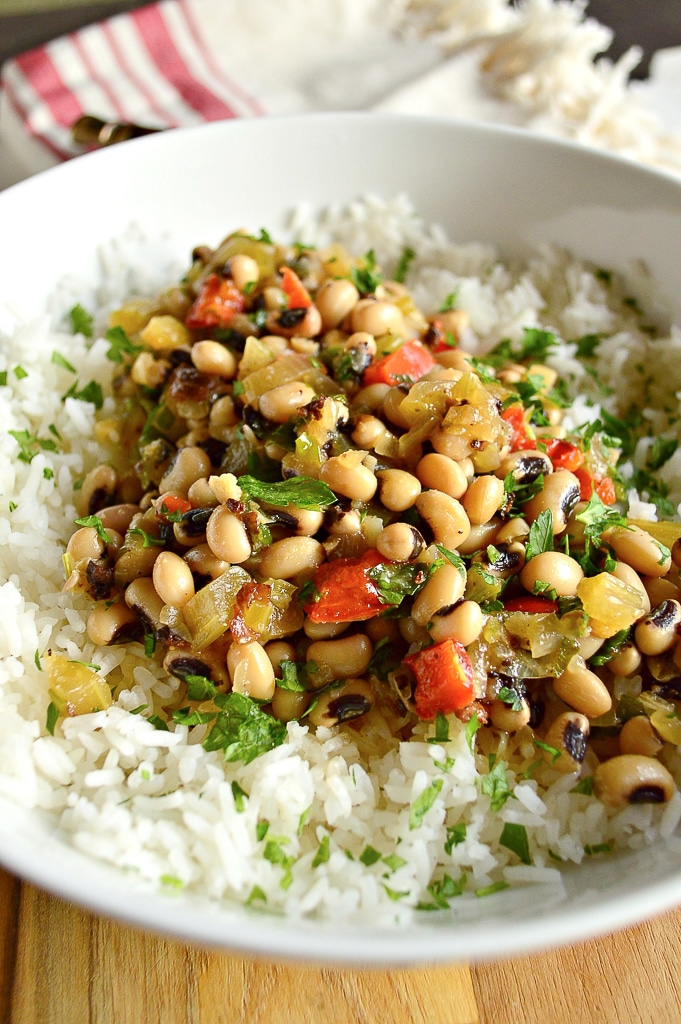 This customary New Year’s dish is considered African American soul food and after eating these, I can see why this is also comfort food!

Another interesting fact  I learned is that black eyed peas are mentioned in the Talmud and were eaten on the Jewish new year which is in the fall.

It is speculated that they were brought to the US in the 1730’s by Sephardic Jews when they first arrived in Georgia.

As for the term hoppin’ john, it’s a bit unclear where it came from. 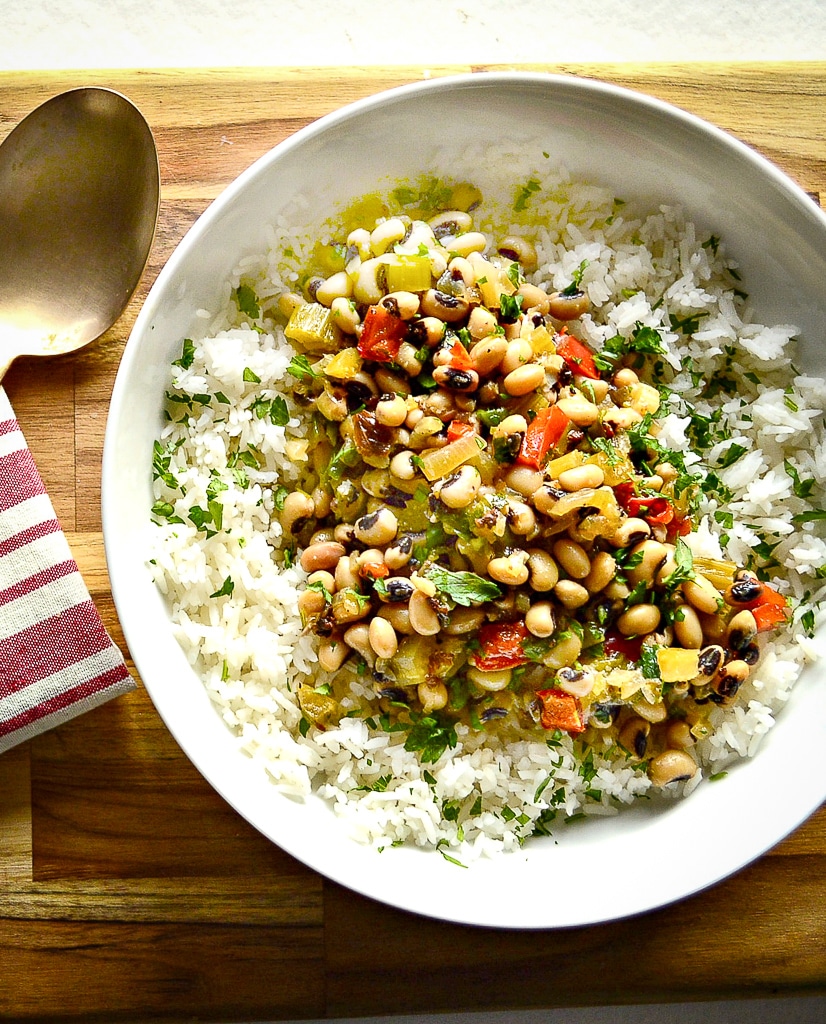 In any case, I felt pretty lucky after making these black eyed peas. I had no idea they were so good.

This pretty little black eyed pea is also loaded with fiber and protein which makes this a great meal for vegetarians. Just sub in olive oil instead of bacon and veggie broth instead of chicken.

Perhaps after all these years, my tastes have changed but I can tell you that this simple version of black eyed peas was so good.

Maybe it was lucky that I found presoaked peas from Melissa’s waiting for me in the refrigerator section. Or maybe it was the takeout Chinese rice that needed a home in mine? 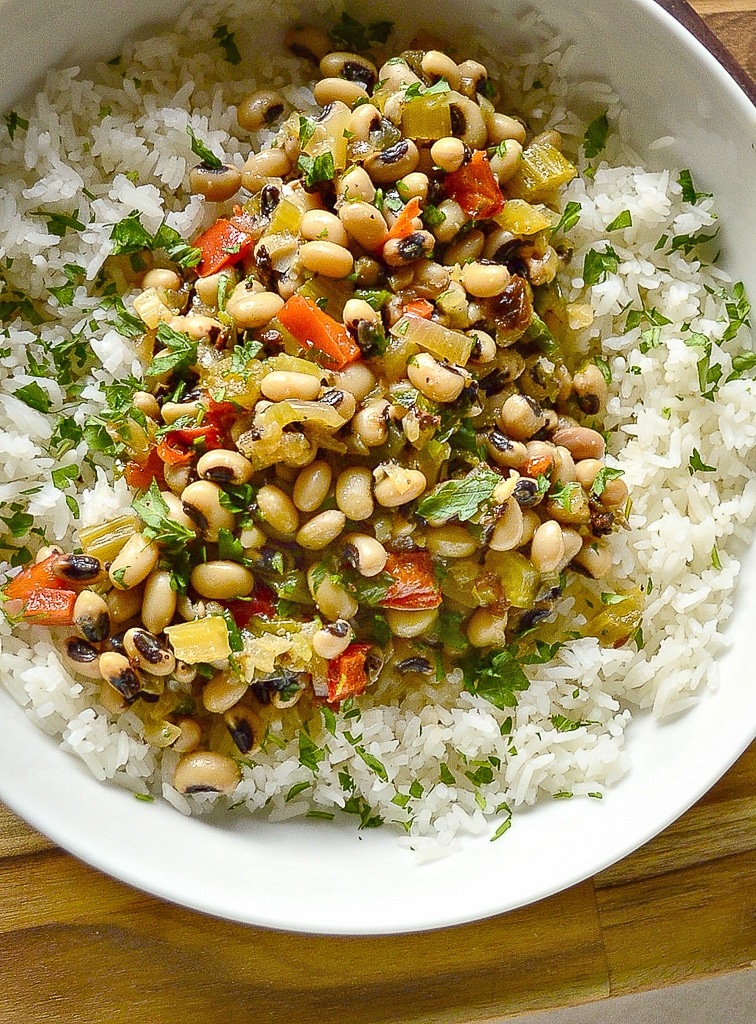 Whatever. These little peas caught my eye and I went for it. And so did Manservant!

A new/old tradition? You betcha! 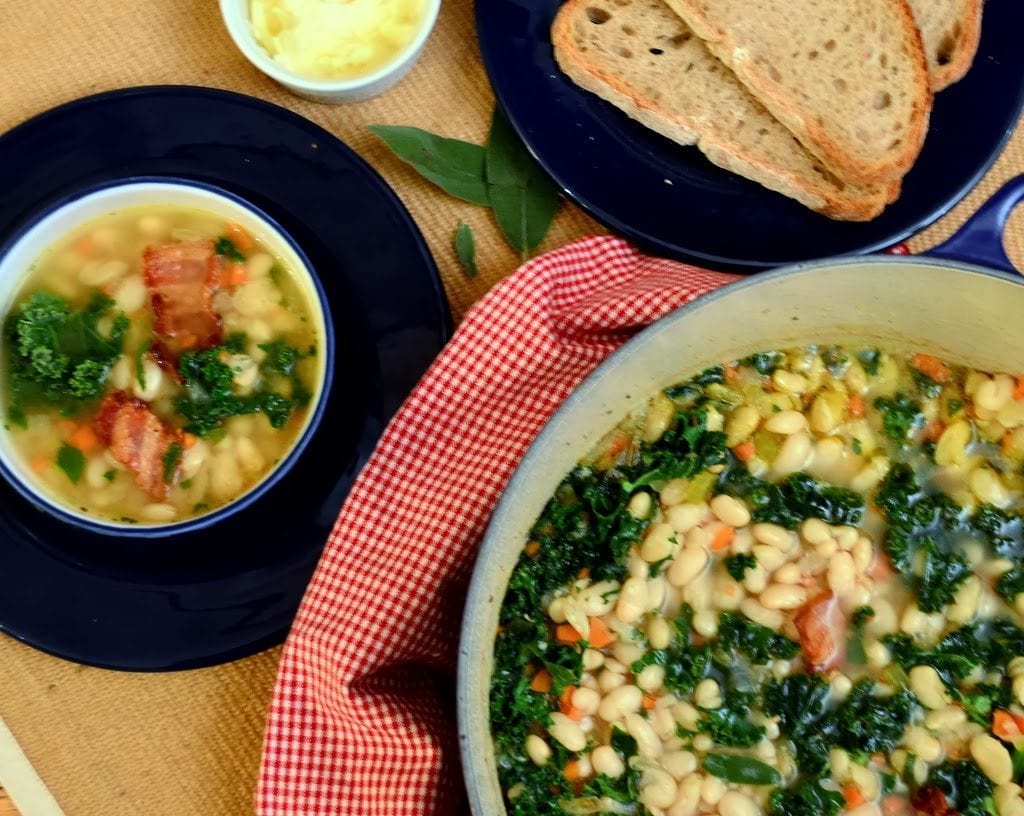 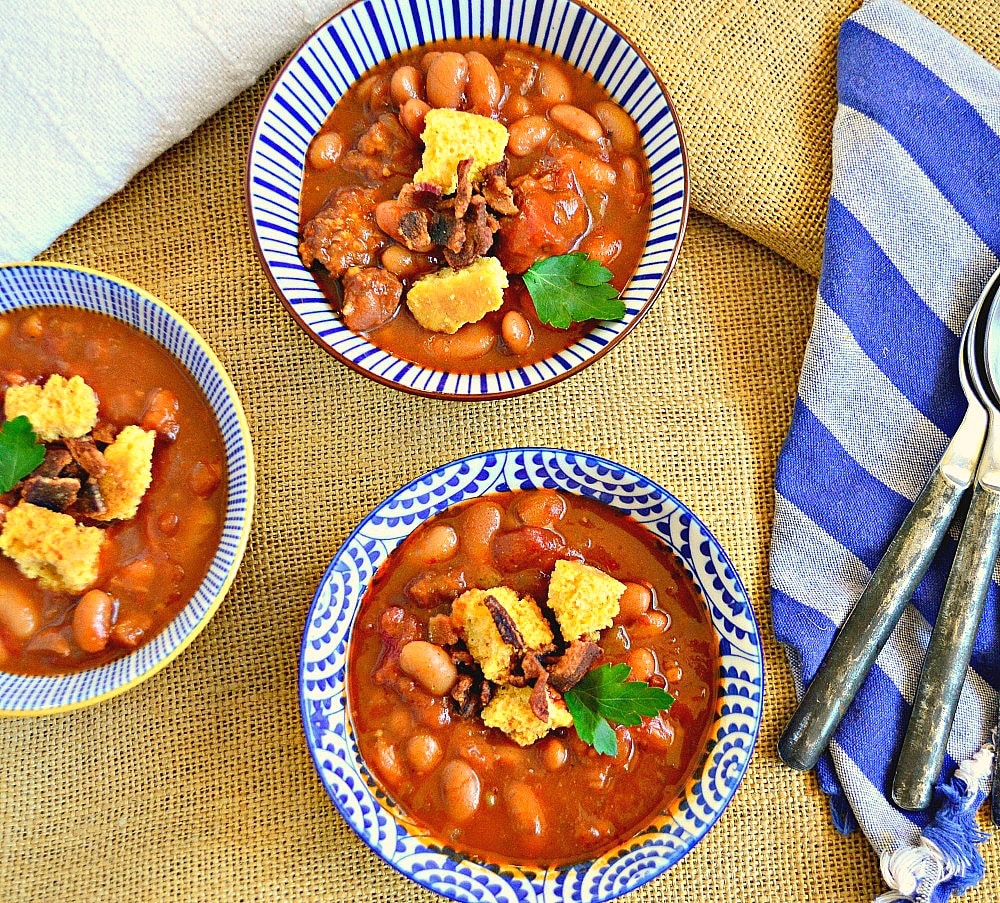 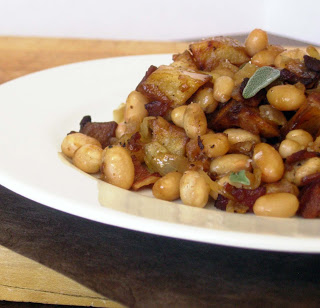 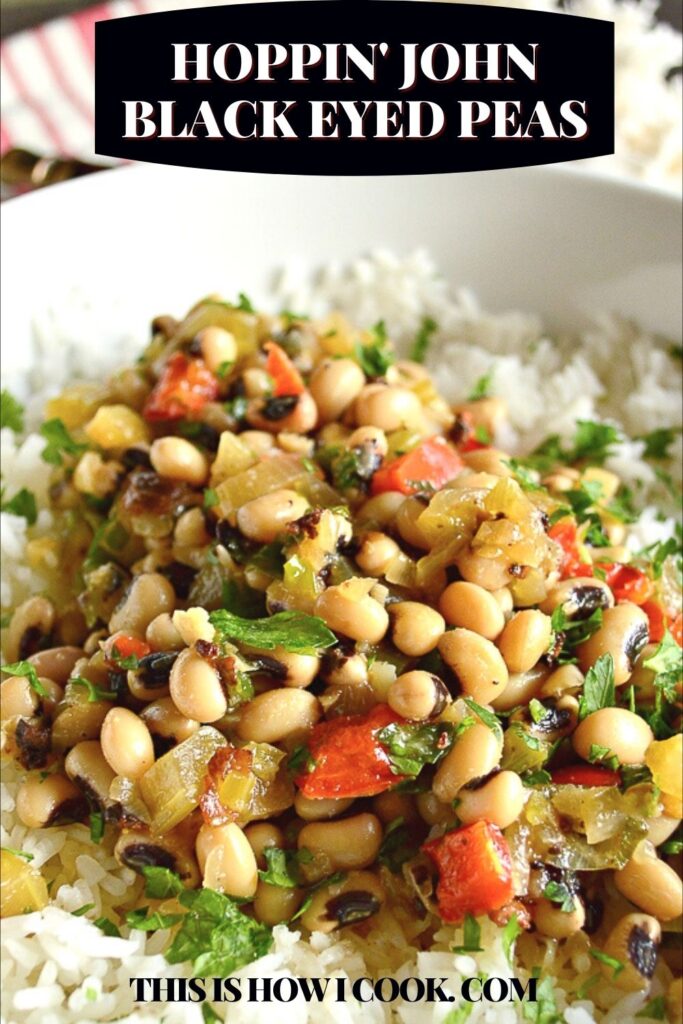 this …
This is an updated post from 2017. Figured we could use them again this year!
Print

These black eyes peas were a comforting surprise. Simple seasonings including garlic, celery and red peppers combine to make this a lucky dish each new year. Containing 11 grams of protein and 5 grams of fiber per serving, Hoppin’ John is a healthy way to start the new year!

Abbe, wishing you and your family the best of luck in this new year. This deliciously simple recipe looks amazing and love the addition of the bacon too.

[* Shield Security plugin marked this comment as "SPAM". Reason: Failed Bot Test (expired) *] Just want to stop by and wish you and yours a happy, healthy and wonderful New Year, Abbe.

This looks lovely, I've never tried black eyed peas, what do they taste like?

I'm not one to enjoy black-eyed peas on NYE but these I'd enjoy whenever I could, Abbe. I'm pinning this for some not-too-distant date. Thanks!