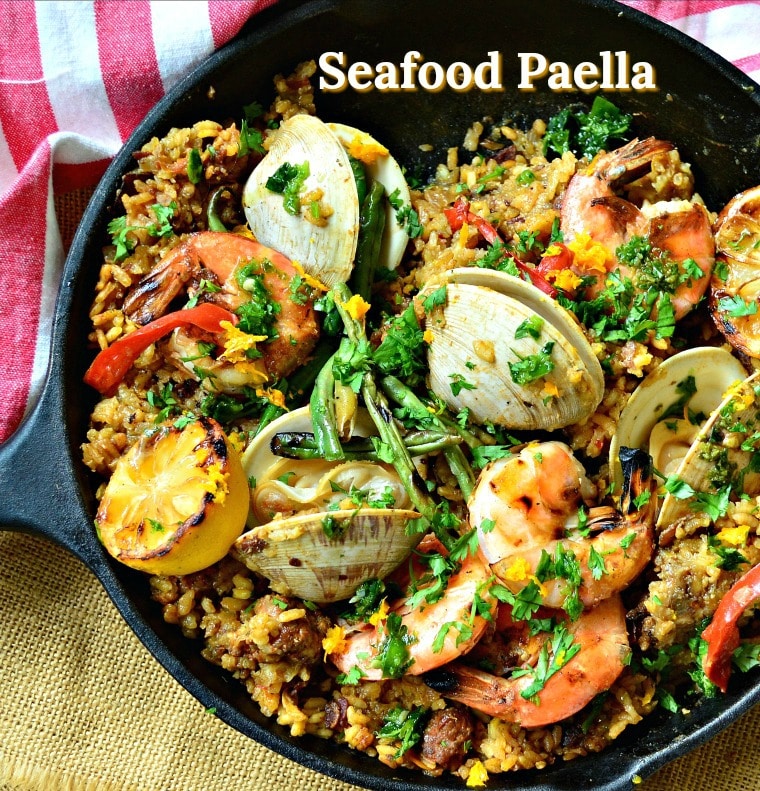 This awesome seafood paella is incredibly easy to prepare. With flavors of citrus and sherry, if you want just skip the seafood and eat the rice!

If compliments were worth money, I’d be a millionaire! This seafood paella is the dish that garnered praise this time, which isn’t surprising since it is courtesy of  Yotam Ottolenghi, of Jerusalem cookbook fame. I’ve written about a few of his recipes and I’m sure I’ll be writing about plenty more (Plenty is also one of his cookbooks, as is Plenty More!). His cookbooks are without a doubt, some of my favorites. He recently started writing a column in Bon Appetit and it was the photo that caught my eye. It was then I spotted his byline, and zeroed in on it like a hawk spotting a pigeon.

We had lots of friends over last week. I’ve been busy cooking and am exhausted. Manservant came home from Sweden and left again yesterday for Warsaw, and since I didn’t think he’d be here for Fathers Day, we decided to have some friends over. Friday night found us eating my favorite BBQ chicken but Wednesday found us eating this paella. Finding Little neck clams fresh at the grocery made me go for it. I always have a hard time finding them here in the Gateway to the Rockies! Of course, (now Manservant tells me) he will be back on Saturday, so I guess I didn’t need to knock myself out on his account.

What is Seafood Paella?

Paella is a Valencian rice dish from Spain. There are as many versions of it, as there are cooks. Traditional paellas often contain chicken and sausage and seafood. Others contain just seafood. Some are mixed. Though I’d love to go to Valencia and try the real thing, I’m very happy with this seafood version. As for the  word, “paella”, that actually refers to the type of pan used to make what we know as paella.

I’ve made many paellas through the years and even have a paella pan on the top shelf in my pantry. It was much to big for this recipe, so I left it on the top shelf to gather more dust. I’m not big on gadgets or appliances in my kitchen, so the fact that I even have a paella pan, makes my eyes roll. Trust me a 12″ cast iron pan is big enough to make paella for 6, and we were only four. 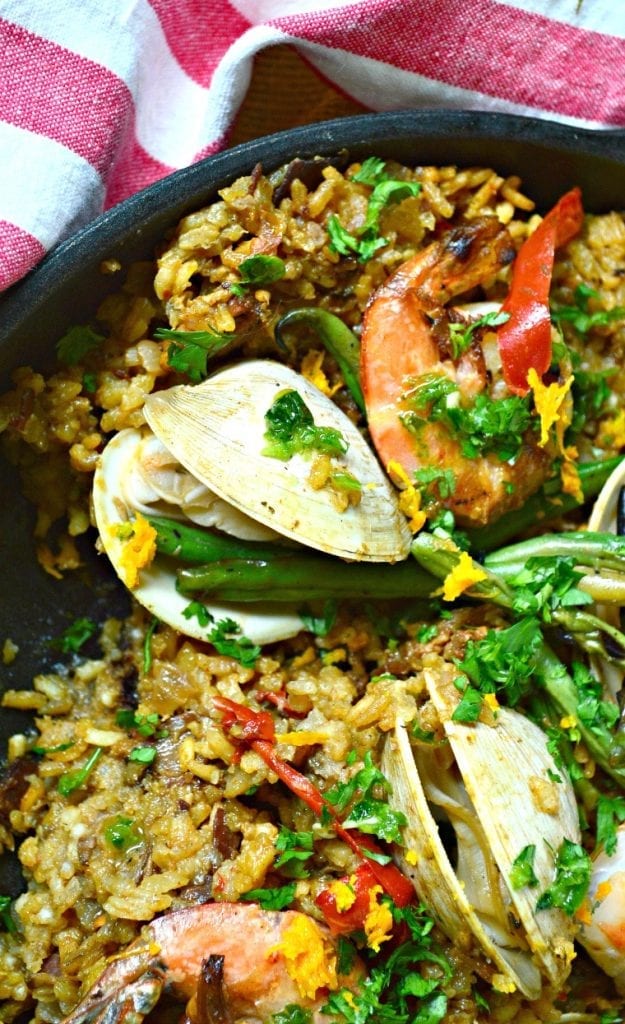 How do you cook Seafood Paella?

In many seafood paella recipes, the seafood is first cooked in the pan in a bit of olive oil. This recipe is a bit different in that the shrimp, green beans and green onions are cooked on the grill. I like this method because grilling gives great flavor to this dish. However you can first saute your shrimp and veggies and then set them aside until they are ready to be added back to the pan. Paella was traditionally cooked outside over an open fire and therefore this method gives a hint to that method.

I stayed true to this seafood paella recipe, except I did add chorizo in with the pancetta. It wasn’t necessary, but I do love chorizo. This is a seafood paella and does not have chicken. There are zillions of variations for paella, so don’t be afraid to make up your own. I liked this recipe because it requires grilling the shrimp and vegetables that go on top of the finished dish. This isn’t necessary but since it is supposed to be summer, (but doesn’t feel like it here) I decided I loved the idea of grilling some of the components. Many paellas are cooked over an open fire so this was one way to incorporate that element. 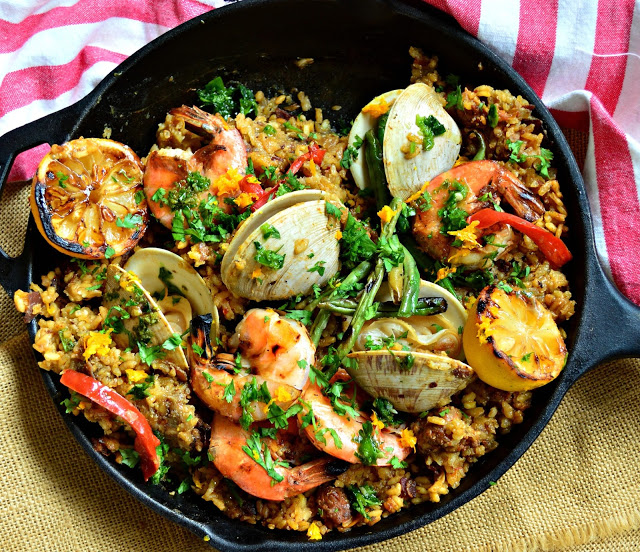 What to serve with Seafood Paella?

We started with some panfried halloumi in garlic butter with fresh oregano and chickpeas and lemon, had a green salad with Spanish olives and this garlic confit toast, and finished with the strawberry slab pie from Food and Wine. The slab pie was great, because the crust was great, but since I’m not a great pastry roller, it was a real pain in the tuchas. At least that was my take on it, but everyone loved it! And if you are wondering why I don’t have photos of those items it is because we were too busy eating and maybe drinking. I must admit that the paella photos were taken the next day and they made great leftovers for supper!

If you don’t feel the need to have a full paella, feel free just to make the rice. You could always just grill a piece of fish or some shrimp to place on top. The paellas I’ve made in the past are always rice heavy, and this one is no exception. I would say the rice alone could serve 8-10 people, so adjust accordingly. If you decide to forego the clams, you could always sub in some clam juice for flavor, instead of using all chicken broth.

Enjoy the paella. Don’t let it intimidate you. With all your ingredients ready, this is easy enough. I started the mixture ahead of time and stopped before I added the rice. You could even grill the veggies and shrimp and set aside until ready. Keep it simple and relaxed. Now send in the flamenco dancers and some tall gin and tonics and be ready for compliments. 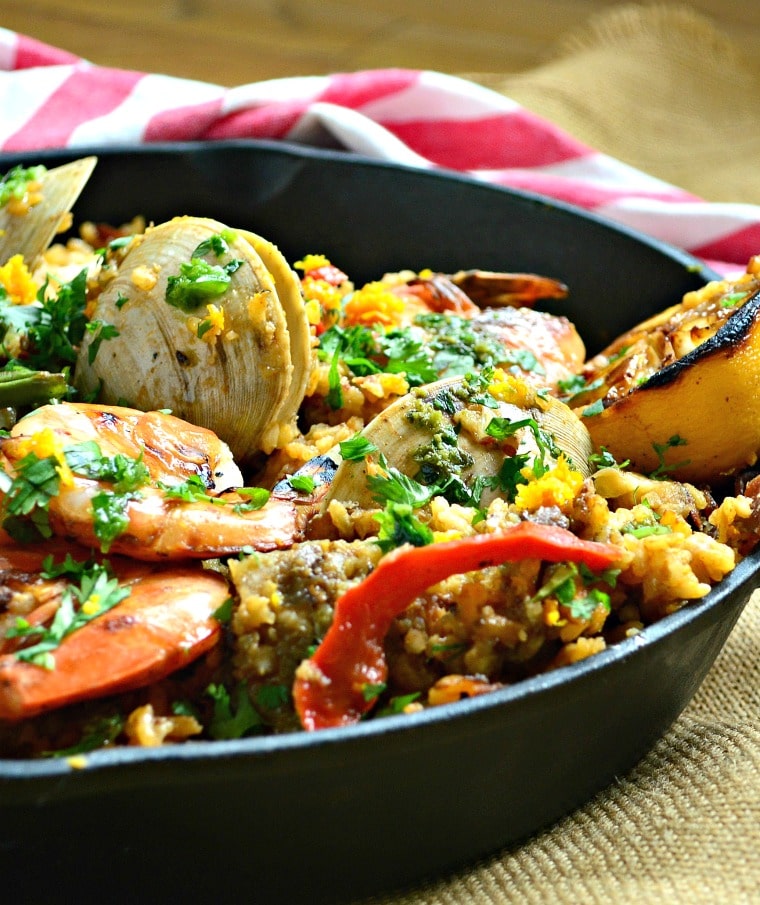 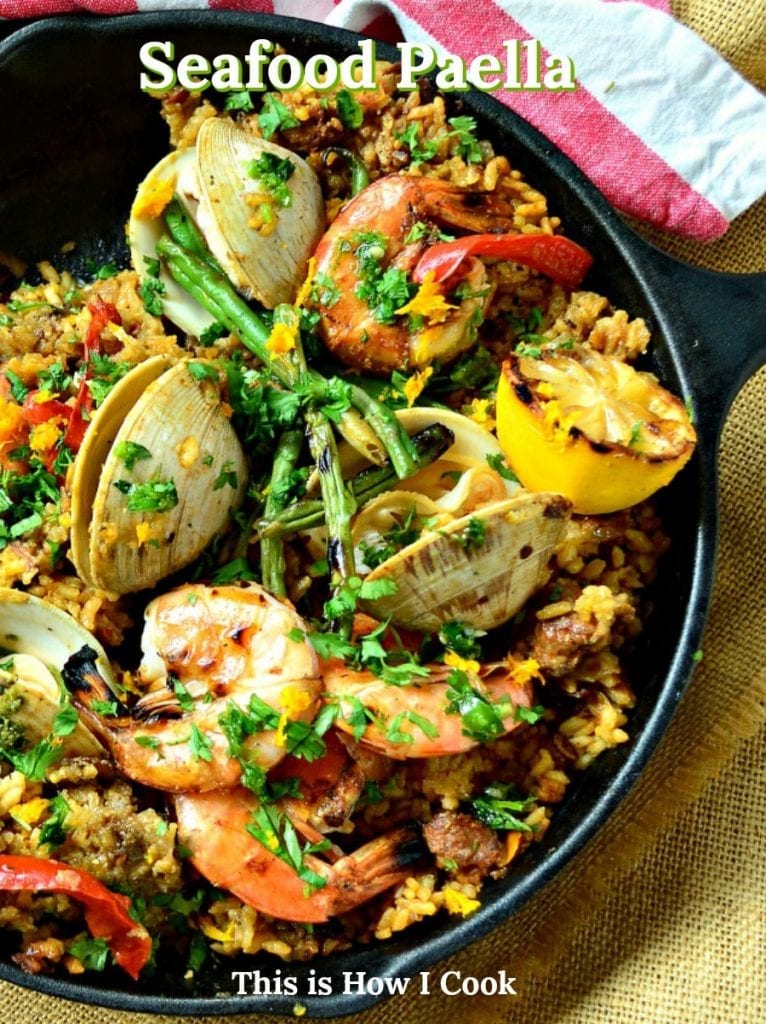 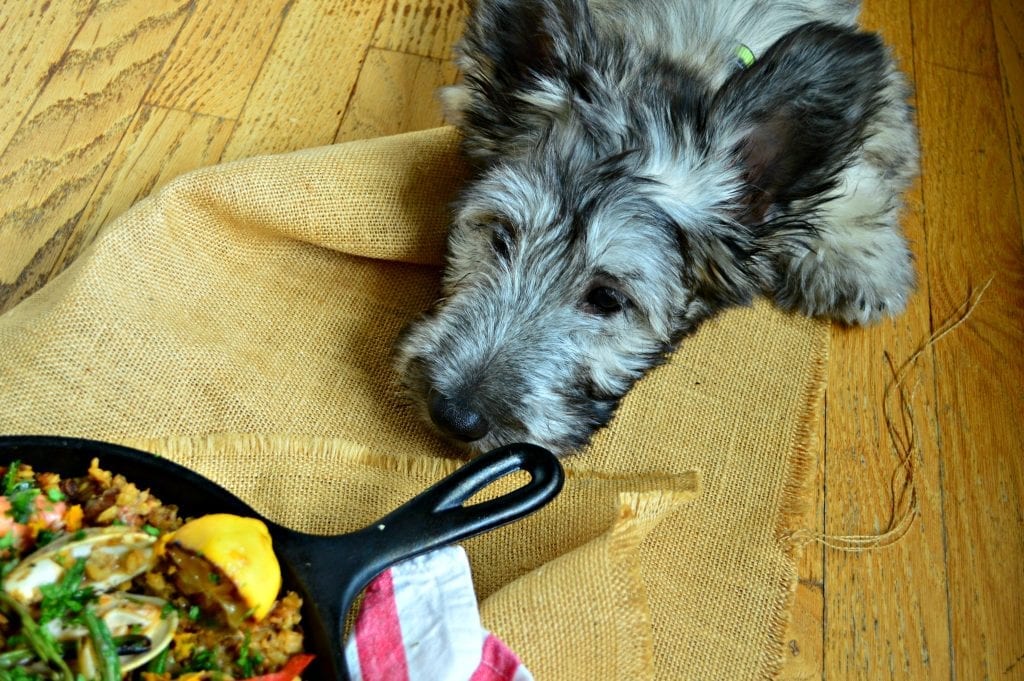 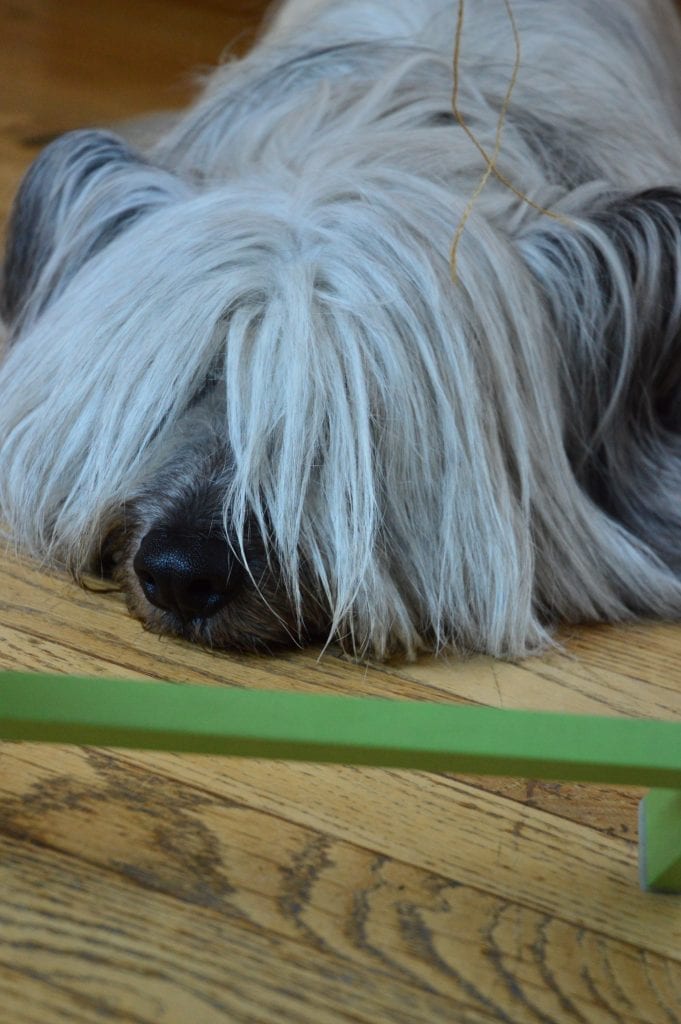 This awesome seafood paella is incredibly easy to prepare. With flavors of citrus and sherry, if you want just skip the seafood and eat the rice! 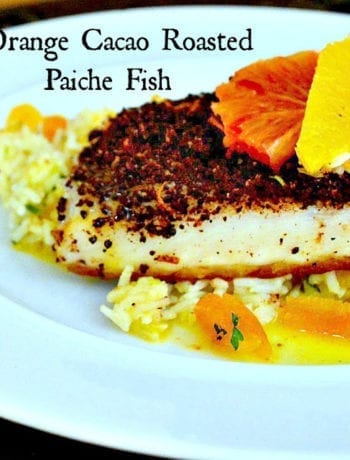 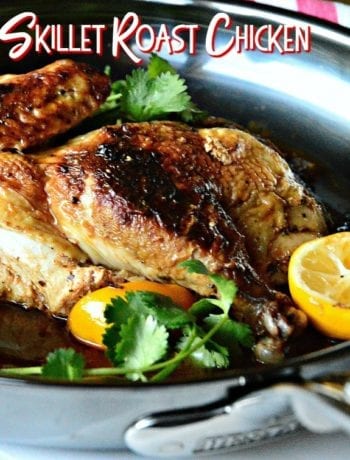 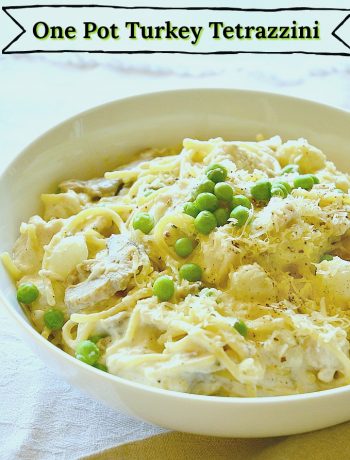