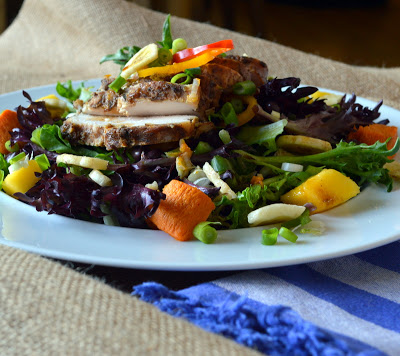 After a whirlwind weekend wedding we attended in the mountains, we awoke in our superb accommodations to help my son pack his last car and SUV load of belongings for the drive to Denver. After a longer drive than usual we quickly unpacked the SUV and ran it to Costco for new tires. In that time I also cooked dinner and started the washing machine while he started going through his mishmash of belongings in order to decide what to bring to Sonoma. I am now left with his odds and ends of mishmash which I am told I can throw away if I don’t think he wants them. Finally, I’ve got the POWER!

After a very long night of sorting and repacking I went to bed to wake up at 4:45AM to run my husband to the airport for a meeting he had to attend out East. Knowing the crazy day that would ensue I decided to go to the grocery at 6:15 AM to stock my son’s ice chest. Never having been to the grocery at such an early time I was amazed at how quickly my shopping was completed. Let’s just say my son and his friend will not go hungry on the drive to California. Well, I feel better anyway. They are planning on doing some camping and visiting the parks in Utah on the way. There is no plan, just a goal of reaching Sonoma in time for Alex to start work on Monday and Kyle to catch his flight home on Sunday. What a crazy, fun week for them. Possibly their last spring break or should I say summer break?

So now I am home alone picking up the pieces. My daughter’s room looks like the dump zone and the garage is dump zone #2. I’m not quite up for tackling it just yet. But I promise, Zoe; it will be done before you arrive home in August! He left me lots of winter clothes and ski stuff in addition to junk. Well, I guess it wasn’t junk to him. I will miss him a lot. But then I miss both of them a lot. However I am happy they can make their journeys and are not afraid to explore. They know we are always there for them and that we believe they are great at standing on their own two feet. But oh how I miss them. I’d bribe them to come back but I believe they will come in their own time. They love Colorado to much. And me!

And so that is the explanation for Give Me Some Sauce Tuesday which is now Give Me Some Sauce Wednesday. I am exhausted! But I did find this great jerk marinade and sauce and thought it fitting, since I feel like my emotions have been jerked around so much! Jerk originated in Jamaica (I must tell you that the j’s and the a’s have a hard time typing out on my old computer which makes it really hard to type the word Jamaica. I have to go back and add them all and it is driving me crazy.)

So a little history, but no quiz, I promise. Jerk is believed to be derived from the Dutch work gherk which means pickled or preserved. The original purpose of jerk seasoning wasn’t to make the meat spicy, but to preserve it. Jerk could also have been derived from  the act of jerking or shredding the meat off the bone. In Jamaica a group of runaway slaves who were known as the Maroons lived in the country where they hid from the British. They hunted wild pigs and cured the meat on wooden frames. Today jerk is the spice mixture and not a preservative and is made all over Jamaica.

Jerk has many components but the prominent ones are allspice (known as pimento in Jamaica) and thyme and most importantly Scotch Bonnet peppers which have an intense heat and are similar to habaneros. Last but not least, scallions and ginger, black pepper, nutmeg and cinnamon, round out the list. You can do a dry rub on jerk and one can use whatever meat or fish you want to jerk. I chose chicken but pork is also common. Jerk should be smoked or it isn’t really jerk but I have an easy way to do that if you don’t have a smoker. In Jamaica they use pimento wood but I used hickory. 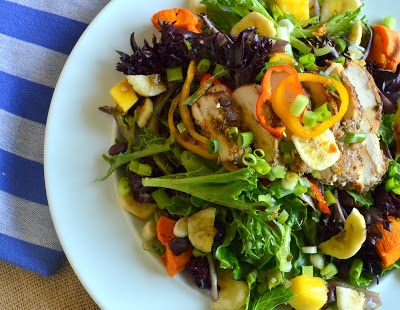 I chose to marinate boneless, skinless chicken breasts because that is what is in my freezer. Skin on chicken would have been the better choice because it would have helped keep the chicken from getting too dry. I marinated it about 15 hours and then I smoked the chicken for about 45 minutes on a gas grill. To do this, all you have to do is put some hickory chips in a double thickness aluminum pouch and fold it up tightly. Poke some holes in the pouch for the smoke to escape. Heat the entire grill to high and then turn one side off. Now put a pouch of wood chips on the side that is still lit. Shut your grill and when you see smoke escaping, place your chicken on the side that is turned off. Smoke for about 45 minutes for boneless breasts but be sure to not let the chicken dry out. Also make sure the lid is down so the smoke doesn’t escape. Keep basting the chicken with leftover marinade. You may have to add more wood foil packages to keep your smoke going.

I loved this chicken. A mellow, smoky undertone with  a finish of spicy, sweetness was the best way to describe it. The flavor of the ginger and garlic comes through, too. Allspice gives it such a perky flavor and the peppers give it heat. You can finish your chicken with a glaze but I used the glaze recipe to make salad dressing. It was to die for. Add a few tablespoons of water or oil to the glaze and you’ve got dressing! Or brush the glaze on the chicken the last 5 minutes of cooking to give the chicken more flavor. 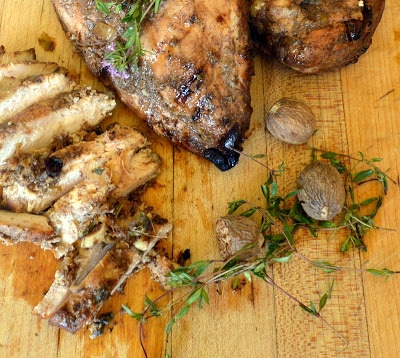 Rather than using the chicken straight up I used it on a salad. Onto a bed of greens I added baked sweet potato chunks, drained black beans, chunks of fresh sweet mango,  fresh sliced red and yellow peppers, chopped green onions and banana chips. Last but not least, I added the sliced chicken breast. I then drizzled the dressing on the top. Yes, it was a healthy meal and the good thing is I have leftovers to do it again. Well, on second thought, maybe I better save some and give it to my husband tomorrow night when he gets home. He will love this! 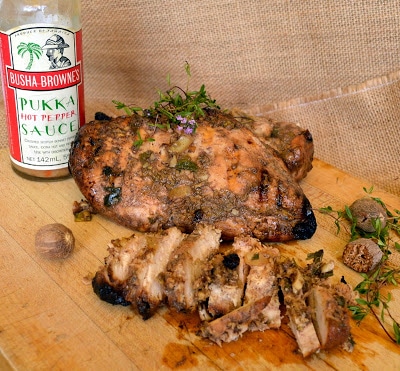 Combine all ingredients together in a big zip lock back. Poke holes in chicken breasts. Place in bag and make sure each breast is well covered with marinade. Refrigerate for up to 48 hours.

Preheat grill as above and cook chicken for about 45 minutes. Slather with glaze about 5 minutes before chicken is finished. Pull out the Red Stripes, put one some Bob Marley, and pretend you are in Jamaica. Ya Mon.

Mix all together. Use as glaze or dressing.  If you use this as dressing, add 2 T oil or water and drizzle over salad.

I am sending this recipe to my husband. He loves spicy food and jerked chicken is one of his favorites! Maybe he'll make this for dinner on Sunday...

I sure hope he takes the hint. It is a good one. I always send my husband cocktail recipes:)

I just want to attack this fresh, outrageously delicious salad! Have a great week, Abbe!

And good for you!

Oh my goodness. I really hope you saved me a plate of this. It's just perfection on a plate.

The door is always open, Kim. And I mean that-the dog needs an escape hatch!

My dad loves to go the the grocery, Costco, and Target at off times to beat the crowds. But whenever I use his theory, it's totally crowded. Go figure!

Just like when you think you chose the shortest grocery line, it always ends up being the slowest!