Latke One or Latke Two? 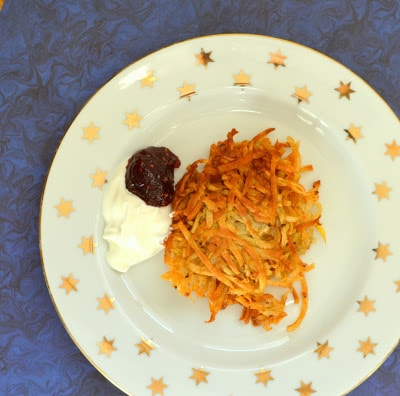 Latkes are a once a year endeavor. This year it happened twice. But the truth is that if you follow a few rules making latkes is not such a gigantic effort. Or even a giant oily mess. Unless of course you are making them for an enormous crowd in which case you will never have enough. So we won’t go there.

This year I made the normal latke that everyone makes. I also decided to make Yotam Ottolenghi’s recipe just to compare the differences between the two. Now this wasn’t a scientific experiment but it was fun to analyze. Especially when it comes to putting them in one’s mouth. My husband liked  Yotam’s. It is lighter and sweeter due to the addition of parsnips. It also only uses egg whites and it uses cornstarch instead of matzoh meal.Plus he uses butter and oil to fry them in. They are very good. I, of course, liked both.

Key to making good latkes of either variety is watching the temperature of your oil. 375 degrees is about right. The depth of the oil also matters. Between the two these key things really help prevent spattering. Of course nothing prevents the smell of oil but a good exhaust fan does help. And let’s be real, isn’t this how your house is supposed to smell at Hanukah? 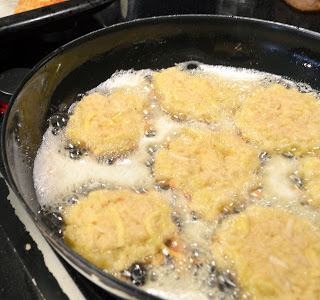 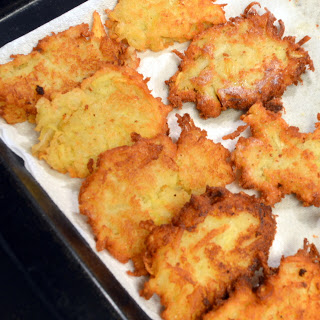 There are many variations on latkes. I’ve seen carrot latkes and sweet potato latkes. Parsnip is another one and the list goes on. The type of potato is up for debate. Some prefer russets for their starch content, others prefer a waxy variety and Yotam prefers Yukon Golds. I tried both. Honestly, anything fried gets a gold star in my book and I couldn’t tell the difference. You might say it is because I haven’t eaten them in a year and don’t remember but I think this is a genetic thing. I mean a latke is always good-isn’t it?

So here goes: You decide. Either way you can’t go wrong.

3 large  peeled potatoes About 1 ½ pounds (I used a combo of russets and yukons.)

Rinse the grated potatoes in cold water. (I used the shredding disc on my food processor.) Drain in a colander and squeeze out any excess water. Then spread the potatoes on a dry kitchen towel to dry completely.

In a large bowl mix the potato, parsnips, chives or onion, egg whites, cornstarch, salt and plenty of black pepper.

Heat ½ the butter and ½ the oil in a large frying pan over medium high heat. Use your hands to pick up portions of about 2 T of the latke mix. Squeeze firmly to remove some of the liquid and shape into patties about 3/8” thick.

Carefully place as many patties as can fit in the pan. Push them down gently and level them with the back of a spoon. Fry for 3 minutes on each side until they are completely brown on each side. Drain on paper towels and keep warm while you fry the rest using the reserved butter and oil.

Serve with sour cream, jam, sugar and apple sauce. And remember these do not need to be made just once a year.

Using the steel blade of your food processor put in the potatoes and grind them to mush. Or you can shred some and mush some which is what I do so they have a bit of texture. Put in a colander and push out as much liquid as you can. At this point I also squeeze my mixture in a big piece of cheese cloth to extract as much moisture as possible.

Transfer to a bowl and add the shredded or chopped onion, matzoh meal, baking powder, eggs, salt and pepper and mix with hands until well combined. Heat oil at a medium temperature in a large skillet to the depth of about a ½ inch. (Mine is
nonstick, but a cast iron works really well, too.)

Drop spoonfuls of the batter into the pan. Fry over medium heat for 3-4 minutes on each side until both sides are brown and crisp.

Drain on paper towels or a paper grocery bag. Keep warm while frying the rest of the mixture. You may have to add more oil as necessary.

If you want to make these ahead-I put them in a very cold refrigerator or freezer. Then when you are ready to serve place them on a baking sheet into a preheated 450 oven for about 5 minutes. It works! 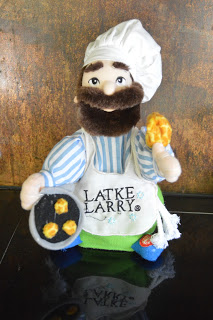 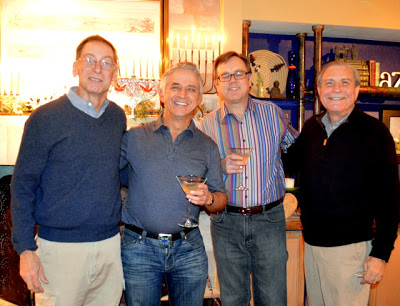 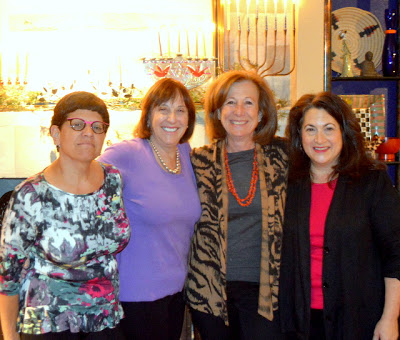 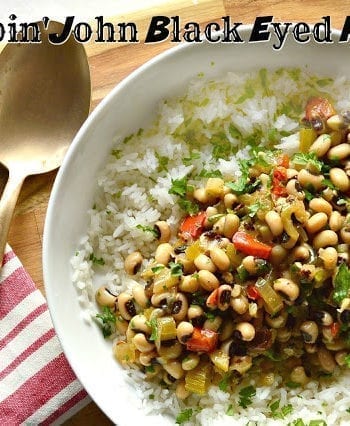 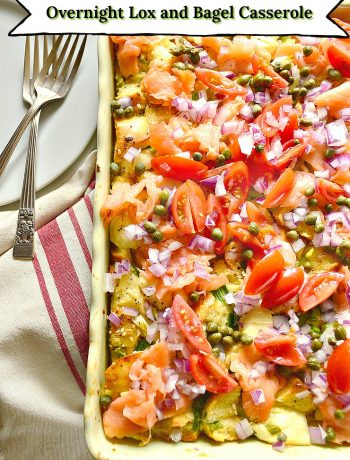 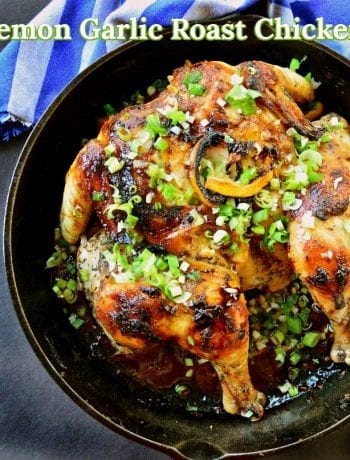